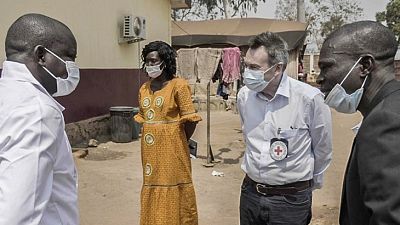 The president of the International Committee of the Red Cross (ICRC) Peter Maurer completed his five-day visit to Central African Republic today. Mr Maurer met the president of CAR as well as government officials and talked to the community leaders. He also visited Kaga-Bandoro, where access to health care remains a major challenge.

As clashes continue between a new coalition of armed groups and government forces in several parts of the country, the Central African Republic is experiencing a catastrophic humanitarian crisis.

The situation has continued to deteriorate in recent months. Armed violence has forced over 180,000 people to leave their homes in search of some semblance of safety. Even before the current crisis, one in four of the country's citizens was either displaced or a refugee in one of the neighbouring countries.

Hundreds of thousands have neither basic food nor health care. Three days after fighting ended in Grimari, for instance, ICRC staff encountered a ghost town, where the lack of security made it difficult to move around. People traumatized by violence were waiting desperately for humanitarian aid that was just not arriving. They urgently need help, plus food and other supplies essential to their survival.

The main roads between the CAR and Cameroon have been closed for almost two months. As a result, food prices have shot up on markets in the capital Bangui and elsewhere. We are worried that malnutrition will become even more severe, because many families can no longer buy enough food, or because what they can buy is not sufficiently nutritious.

Kaga-Bandoro is a town in the north-east of the country. In 2020, we supported nearly 720 victims/survivors of sexual violence there, and held 1,400 psychological consultations. These figures hint at a terrifying level of violence, but they still do not reflect the scale of need. Instability and widespread crime are seriously restricting the scope for carrying out humanitarian work and delivering aid. The proliferation of armed groups is making it difficult to set up any kind of structured dialogue and to obtain reliable guarantees of safety for human action.

Attacks on civilian facilities and humanitarian workers are unacceptable, and they must end. In addition, over 18% of health facilities are out of action because they have been destroyed or pillaged, or because they have no medicines, equipment or personnel. There is a legal obligation to respect health-related activities and aid operations at all times and under all circumstances. Medical personnel, facilities and vehicles are protected under international humanitarian law, which also requires all sides to refrain from interfering with humanitarian activity and to facilitate access to medical care for anyone who needs it.

The ICRC reminds all those involved in the violence that they must act in accordance with international humanitarian law and must ensure that civilians, fighters who are hors de combat and both private and collective property are respected and are not harmed or damaged.

Since violence began in 2013, the ICRC's teams have been hard at work tending the wounds – visible and invisible. Last year, all across the country, we treated over 103,000 patients and transported 79 casualties to health facilities. The lack of health care is hitting women and children particularly hard. Levels of maternal and child mortality in the Central African Republic are among the highest in the world.

People are being ground down by violence, with no end in sight. Without hope of individual or economic development and without hope of security, the unremitting trauma ravaging the people of the Central African Republic will destroy the future of an entire nation.

Distributed by APO Group on behalf of International Committee of the Red Cross (ICRC).
Media files 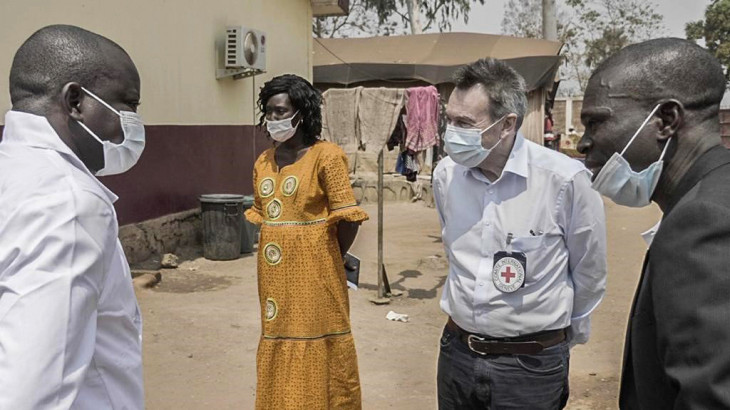