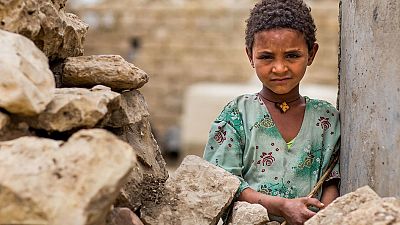 UN agencies have received approval from the Ethiopian Government for 25 international staff to provide humanitarian assistance inside the country’s conflict-torn Tigray region, the UN Spokesperson said on Monday.

“This clearance is a first step towards ensuring that aid workers in Tigray can deliver and ramp up the response given the rapidly rising needs in the region”, Stéphane Dujarric told journalists at the daily press briefing.

He recalled a number of positive engagements between the Government and senior UN officials, including with Filippo Grandi, High Commissioner for Refugees (UNHCR), Gilles Michaud chief of UN Safety and Security and most recently, David Beasley, Executive Director of the World Food Programme (WFP).

“Mr. Beasley has just wrapped up a trip to Ethiopia and he says that WFP has accepted the Government’s request to help authorities and aid partners transport aid into and within Tigray”, informed Mr. Dujarric.

Moreover, WFP has also agreed to provide emergency food aid for up to one million people in Tigray.

The conflict between the Government and regional forces of the Tigray People’s Liberation Front (TPLF) began in early November, when the Prime Minister ordered a military offensive after rebels attacked a federal army base. Government forces reported that the region had been secured at the end of November, but TPLF resistance has continued amid accusations of extrajudicial killings and rights abuses.

Meanwhile, around 60 more humanitarian workers from the UN and non-governmental organizations are awaiting approval in the capital Addis Ababa for deployment to Tigray.

They also look forward to rapid authorizations for any further requests put forward.

“While we welcome these clearances, we remain deeply concerned about the significant escalation in humanitarian needs in Tigray, where people have endured more than three months of conflict with extremely limited assistance”, said the UN spokesperson.

He also expressed unease over continued reports of grave violations against civilians.

“We reiterate our call for the full resumption of free and unconditional access for humanitarian supplies and personnel to the Tigray region”, Mr. Dujarric said, adding that it should include “blanket clearances” for organizations operating in the area, “so that we can immediately reach all the people in need with all the assistance they urgently require”.