Sowing the Seeds of Industrial Farming in Mozambique (By Grace Goodrich) 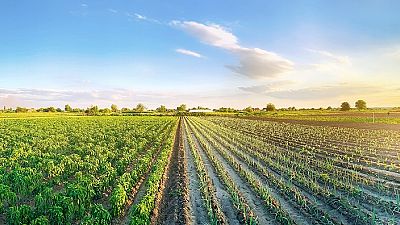 With fertile river valleys, expansive coastal lowlands and the prolific Zambezi River as a source of irrigation, Mozambique is considered a mecca for crop cultivation, with climatic conditions catering to a diverse range of agricultural products.

Agriculture represents the second-largest sector of the Mozambican economy – accounting for more than 25% of GDP and employing 80% of the labor force – and is supported by staple crops including maize, cassava, rice, nuts, cotton, coffee, sugar and tobacco. Maize and cassava, for example, are grown by 80% of all Mozambican small-scale farmers and make up more than one-third of cultivated land. Yet the sector remains confined to subsistence farming largely due to a lack of investment, which impedes the development of critical infrastructure required to extend farming practices outside of the individual household.

In fact, smallholder farmers in Mozambique account for 95% of agricultural production, while roughly 400 commercial farmers – primarily producing sugar, soybeans, bananas, rice, vegetables, nuts, cotton and tobacco – account for the remaining five percent. With only 16% of land suitable for farming currently being cultivated – combined with a 1,500-mile coastline that enables export to Middle Eastern and Asian markets via ocean ports – Mozambique boasts considerable potential for large-scale, industrialized farming both in-country and for regional export.

From Net Importer to Net Exporter

A key constraint to the development of commercial agriculture in Mozambique is limited infrastructure: insufficient roads, railway and ports, antiquated farming practices and high vulnerability to drought, floods and cyclones, leaving the sector susceptible to external shocks.

While discovery of Mozambican gas has accelerated energy infrastructure growth since commercial reserves were discovered in 2011, domestic transport and logistics sectors remain underdeveloped, leading to longer lead times and higher costs associated with storage and warehousing. Moreover, limited electricity access and high fuel prices – given that the country relies on imported refined petroleum derivatives – can increase product costs by 10-20% per kilogram. To render small-scale farmers more resilient to climate change and improve farming techniques, resource-smart technologies such as drip systems, pumps, ultraviolet plastic filtration and post-harvest storage have been implemented and met with intermediate success, yet sustained knowledge and technology transfer remains needed.

Despite its considerable export potential to the wider region, Mozambique carries a significant trade deficit, importing capital-intensive goods such as farming and transport equipment, along with processed produce, meat and livestock from its Southern African Development Community neighbors. As a result, integrated value chains that facilitate the manufacturing of cash crops – cashews, tobacco and sugar – stand to generate in-country value by refining raw agricultural goods into consumable products and establishing domestic and regional consumer markets in the process. Improved access to financial services and credit – in which smallholder farmers and small- and medium-sized enterprises can grow their businesses and access critical capital for improved farming technologies – would also serve to alleviate rural poverty and drive financial inclusion.

Ongoing gas monetization initiatives in Mozambique have a direct impact on the scale and expansion of industrial agriculture in the country, in addition to the potential that gas-to-power offers to power irrigation pumps, dry crops, heat greenhouses and so forth.

Under the administration of President Filipe Nyusi, natural gas has been positioned not as an end within itself, but rather as a means of generating long-term economic diversification, skills development and job creation across energy, agriculture, agro-processing, manufacturing and construction sectors. President Nyusi’s focus on agro-industry and agro-chemistry seeks to achieve “zero hunger” in the country through the cultivation of self-sufficient farming and improved access to infrastructure.

More specifically, natural gas offers the ability to reduce costs of food production (and importation) and establish large-scale industrial farming through the development of locally manufactured chemical fertilizers. Natural gas – of which Mozambique holds 100 trillion cubic feet of recoverable reserves – plays an integral role in fertilizer production, as it is used as a primary raw material for the production of liquid ammonia and resulting carbon dioxide gas, which is then combined to create urea fertilizer.

Fertilization not only improves crop yields, but also boosts agricultural profitability and nutrient density. With enhanced crop efficiency and the early seeds of a downstream and manufacturing industry, Mozambique could serve as a regional – and even international – player in food production and security, a transition facilitated by the African Continental Free Trade Area that widens the reach of domestic agriculture and industry. For import-dependent African countries like Mozambique, food and energy security have risen to the forefront of the national agenda in the wake of COVID-19 and disruptions to regional and global supply chains.

Africa Oil & Power (www.AfricaOilandPower.com) is working with the Mozambican government to promote investment in energy and diverse sectors, including agriculture, industry, tourism, construction and logistics in 2021.

On March 8-9, AOP will host a Presidential Award ceremony (invite only) and Workshops Day in Maputo, preceding the Mozambique Gas & Power 2021 conference and exhibition. If your organization would like to host a workshop, or if you wish to attend, please email sales@africaoilandpower.com.