A SEQUENCE of letters preceding an upcoming summit by the western affiliate of the continental mother body further exposes a thickening plot to turn the Confederation of African Football (CAF) into a private fiefdom of its western subsidiary.

This comes as the besieged confederation heads for elections to choose its new president on Saturday (today).

Hot on the heels of CAF employing tactics denounced as devious, to frustrate aspirants from outside the West from contesting for the top body, the association is using the West African Football Union (WAFU) to push the agenda.

The odds, thanks to the goings-on at CAF, are already heavily stacked against Motsepe even before the regional meeting starts in Praia, the Cape Verde capital, on Saturday

The manoeuvres by WAFU came days before its A Zone holds an Ordinary General Assembly at the weekend.

This meeting is the precursor to the CAF 43rd Elective Ordinary General Assembly March 12 set for Rabat, Morocco where a new president will be elected.

WAFU A’s assembly offers a platform for the candidates aspiring for the CAF presidency, to replace the beleaguered Madagascan Ahmad Ahmad, to present their manifestos to the body of voters.

Hence, all four candidates – Anouma, Motsepe, Senghor and Ahmed Yahya, a businessman who is President of the Mauritanian Football Federation – were invited to address the nine federations that make up WAFU’s Zone A.

De Melo discloses that on the agenda of the general assembly would be a session where CAF presidential candidates would be afforded an opportunity to “present their proposal for an electoral platform, during 10 minutes.”

Apparently, fearful of the mileage such a platform this could provide to Motsepe, the invitation has been revoked at the last-minute, through a letter dated January 20.

It is strongly believed Zone A president, the Guinean Antonio Souare, ordered the revocation under Senghor’s demands.

Senghor served eight years as WAFU A president, before Soure was elected to succeed him.

These manouvres fly in the face of attempts to democratise the administration of football in the underachieving African continent.

De Melo attributed the withdrawal of the invitation to his “superior’s request.”

“At the superior’s request, we inform you that the invitation for Dr Patrice Motsepe, to attend the WAFU A Ordinary General Assembly becomes void,” read a letter de Melo addressed to Motsepe’s aide, Angelique Grieve.

In order for the revocation to seem impartial, Anouma’s invitation has also been revoked.

Anouma’s federation falls under the seven-member WAFU Zone B.

Yahya’s participation at the Zone A indaba is retained by virtue of his federation being a member of the zone.

However, it is mostly the revocation of Motsepe’s that has been most noticeable as he has emerged Senghor’s biggest threat to the position, and by extension, that of West Africa’s plans to maintain a monopoly.

Besides the snub by WAFU, Motsepe, alongside Yahya, still has to contend with controversial, so-called additional checks by the CAF Governance Committee, led by its President, Michel Kizito Brizoua-Bi.

The same committee endorsed the candidatures of the old guard Anouma and Senghor, following a meeting in the Egyptian capital, Cairo, on January 5 and 6.

The committee is scheduled to rule on the candidature of Motsepe and Yahya on January 28.

This has raised eyebrows that the checks are a ruse by CAF to block the pair’s participation and preserve the status quo.

Motsepe is the sole candidate of the Council of Southern African Football Association (COSAFA), which despite having the same number of affiliates as WAFU of CAF’s five subsidiaries, has always played second fiddle to its western rival in the field or the boardroom.

Motsepe seems undeterred by the CAF and WAFU snub.

He has intensified his campaign and last week took the crusade to the ongoing African Nations Championship in Cameroon.

According to his team, he is consolidating his campaign within COSAFA and launching a foray into the 12-member Council for East and Central Africa Football Associations (CECAFA).

The new president of the Egyptian-headquartered CAF must redeem the image of the 56-member continental body after the controversy-prone era of Ahmad.

His reign as seventh leader of the organisation came to a hasty end after the Federation of International Football Associations (FIFA) handed him a five-year ban for financial misconduct last November. 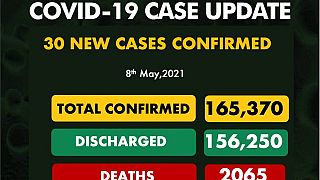 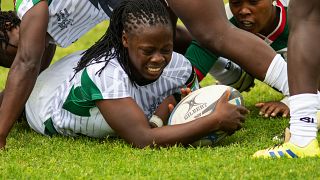