Ms Keller-Sutter and Gambian Vice President Isatou Touray and his delegation discussed migration issues and the way in which the two countries can strengthen their cooperation. Approved by the Federal Council on 7 October 2020, the agreement signed at this occasion opens up new opportunities for cooperation between Switzerland and the Republic of The Gambia in the field of migration.

Many Gambian citizens are leaving their country for other countries in the region, Europe or the United States. Gambian nationals account for a significant proportion of migrants crossing the Mediterranean each year to reach the Italian or Spanish coasts. After a peak in 2016, the number of asylum applications from Gambian nationals in Switzerland has since fallen sharply.

Faced with these challenges, the State Secretariat for Migration (SEM) intends to continue to support the Gambian authorities in handling migration, not least by helping to implement projects locally. So far, SEM has organised ad hoc training to enable The Gambia to increase its capacities and is supporting a project with the International Organization for Migration (IOM) in response to the COVID-19 pandemic.

Operational cooperation with The Gambia over returning citizens generally works well. The agreement covers issues relating to the practical organisation of returnees, such as identification and the issuing of replacement documents. Switzerland has so far concluded eight similar migration cooperation agreements with countries on the African continent, among them Angola, Cameroon, Benin and Tunisia. These are in addition to the 56 other agreements on return migration that Switzerland has concluded.

In discussions between Mr Ignazio Cassis and Dr Touray, the two countries expressed their wish to strengthen their bilateral relations and cooperate more closely. In this respect, Mr Cassis thanked the vice president for opening an embassy with double accreditation in Geneva. The two parties signed an aviation services agreement which allows airlines to offer passengers and shipping companies competitive prices and services on open markets, while preserving strict safety standards.

Other international issues were addressed, such as the COVID-19 pandemic situation and the efforts of Switzerland and The Gambia in dealing with it. Mr Cassis officially invited The Gambia to join the ‘Remittances in Crisis: How to Keep them Flowing' appeal launched by Switzerland and the United Kingdom in May 2020. The two countries reaffirmed the importance of good international cooperation in addressing this health crisis.

Coronavirus prevention measures were strictly observed during the discussions.

Distributed by APO Group on behalf of Federal Department of Foreign Affairs Switzerland. 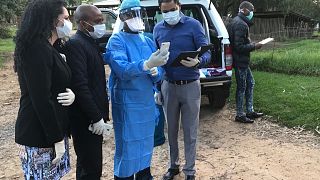 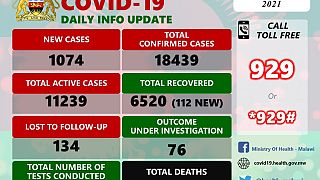 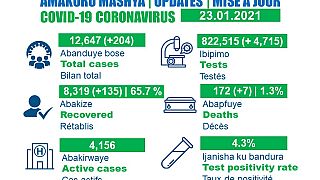