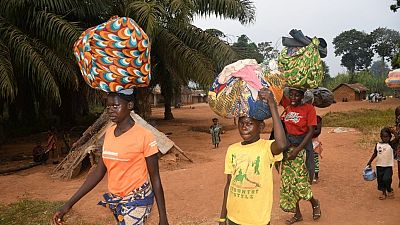 UNHCR, the UN Refugee Agency, is concerned that violence and insecurity surrounding the 27 December general election in the Central African Republic (CAR) has forced over 30,000 people to flee into neighboring Cameroon, Chad, the Democratic Republic of Congo (DRC), and the Republic of Congo. Tens of thousands more have been displaced inside the country.

Some 24,196 crossed the Ubangui River into the DRC’s provinces of Bas Uele and North-Ubangui. At least 15,000 arrived in Ndu village following attacks on the towns of Damara and Bangassou on 2 and 3 January.

The arrivals in Ndu village, which has a population of just 3,500, have placed a massive strain on resources and host families. UNHCR has strengthened its presence along the Ubangi River to respond to the needs of new arrivals, and to prepare for registration and temporary relocation further inland for safety reasons.

Another 4,434 individuals arrived in Cameroon, most of them to the border town of Garoua-Boulai. A further 2,196 people arrived in Chad and about 70 have reached the Republic of Congo.

Inside CAR, 185,000 people from at least 25 localities have fled, mostly as a preventative measure, into the bush and forests since 15 December. Some 113,000 have since returned to their places of residence, according to estimates from the United Nations Office for the Coordination of Humanitarian Affairs, but some 62,000 people remain newly displaced.

UNHCR is concerned about reports of human rights violations taking place inside CAR and urges governments in all neighbouring countries to continue granting access to asylum and supporting local authorities to register new arrivals.

Most arrivals are staying with host communities or in makeshift shelters. They urgently need water, shelter, access to health and adequate sanitation to prevent the spread of COVID-19 and other diseases. UNHCR is working closely with national and local authorities, and humanitarian partners to support the most vulnerable.

In Cameroon, UNHCR is coordinating with national and local authorities to provide protection and assistance. A dedicated site at Gado will host the arrivals and registration will be conducted there.

Registration is also taking place in Chad. The World Food Programme (WFP) is providing food rations to the new arrivals and UNHCR has set up a mobile health clinic.

The voluntary repatriation of Central African refugees returning home after years of exile in Cameroon and the DRC had restarted in November 2020 but has now been temporarily paused.

Inside CAR, UNHCR continues to work closely with authorities and partners to monitor the protection of the displaced, to deliver assistance, and to support returnees and reintegration efforts.

Nearly a quarter of CAR’s population of 4.7 million was forcibly displaced by the end of 2020, including 630,000 refugees in neighbouring countries and 630,000 displaced internally.

Download logo
Families arrive in Ndu village in the Democratic Republic of the Congo after fleeing Bangassou town in the Central African Republic.  © UNHCR/Ghislaine Nentobo 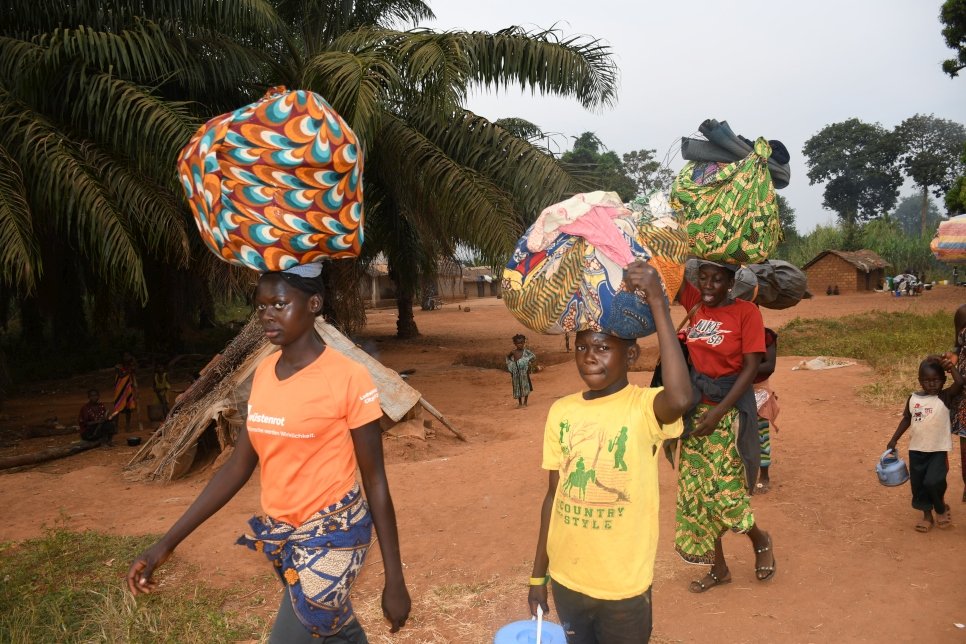