By Dr. Victoria R. Nalule and Dr. Xiaoyi (Shawn) Mu of the CEPMLP, University of Dundee address the misconceptions surrounding the continued role of fossil fuels in the energy transition era.

Does the energy transition imply a total ban on fossil fuels and should countries fire sell their oil & gas assets?

No, energy transition does not mean a total ban on fossil fuels. In simple terms, energy transition refers to a shift from fossil fuels to cleaner forms of energy. Energy transition is a progressive process; however, some experts and activists have used the term to shame countries that still desire to develop their fossil fuels. Although some parts of the globe such as Europe have made significant efforts to decarbonise the energy sector by among others deploying renewable energy, energy efficiency technologies, smart grids, smart meters and electric vehicles; other regions, especially rural areas in developing countries, are still progressing from traditional biomass, although there are various renewable energy projects in these countries.

Taking stock of the above, a wholesome transition away from fossil fuels is not expected. For example, it is often said that our world has transitioned from “coal age” to “oil age” decades ago. Yet, coal still accounted for more than a quarter of global energy supply in 2019 and the world used two and half times more coal in 2019 than in 1973. For most developed countries, traditional biomass (wood, crop waste, or charcoal) has lost its prominent role in the global energy mix since the industrial revolution. Yet, the world used 60% more biomass in 2019 than did in 1860. Additionally, we note that many developing countries such as those in Asia and Africa, are still struggling to transition from traditional energy to modern energy. For instance, given the social roles of women in various Sub-Sahara African (SSA) countries, such as cooking and other domestic work, women spend a lot of time collecting biomass fuels such as firewood: estimates indicate that women spend on average 1.4 hours a day collecting fuel wood and four hours for cooking. This in essence highlights the essential role of access to modern energy in not only achieving SDG 1 on poverty eradication, but also SDG 5 on gender equality.

Taking into consideration the above, countries should not fire sell their oil and gas assets. Additionally, finances in these projects should not be reduced, but rather cleaner forms of technology should be embraced. What is desirable is for countries to invest in both fossil fuels and renewables. Nevertheless, given the global efforts to tackle climate change as stipulated in the 2015 Paris Agreement, coupled with public pressure and shaming; there have been developments in some countries aimed at totally banning fossil fuel dependency. In Norway, for instance, there has been a halt in fossil fuel investments. In June 2020, the Norwegian parliament recommended that the Sovereign wealth fund sells off more than $10 billion of stocks in companies related to fossil fuels. Besides Norway, in November 2019, The European Investment Bank (EIB), approved a policy to ban funding for oil, gas and coal projects at the end of 2021. In that case, gas projects could still be funded but as long as they utilize clean technologies such as carbon capture and storage, combining heat and power generation, or mix in renewable gases with the fossil natural gas. These are just a few examples of the various developments in the energy sector, which negatively and directly have a financial impact on fossil fuel investments.

The above notwithstanding, the fact that oil has a higher energy density compared to other fuels and relatively moderate carbon emission rates makes it difficult to be replaced for certain uses, particularly in transportation. Even in the most dramatic scenarios projected by BP (2020), due to depletion, significant investment is still required to meet the global demand for oil and gas for several decades to come. So, there is no need to rush to sell your oil and gas assets.

By background, we note that Goal 7 of the United Nations Sustainable Developmental Goals (SDG) advocates access to affordable and clean energy for all. Access to modern forms of energy such as electricity is crucial to addressing other global challenges such as poverty, famine and gender inequality: reliable data shows that three billion people – more than 40% of the world population – are still relying on polluting and unhealthy fuels for cooking. With this data in mind, we must agree that a wholesome transition is likely to have both positive and negative impacts. Positively, more investments will be directed to renewable energy projects, and this will also present employment opportunities. However, this will also imply a decline in investments in fossil fuels. Below, a brief of the negative impacts:

A wholesome transition is likely to escalate energy access challenges. Socially, many people lack access to electricity and are still reliant on traditional energy such as charcoal and firewood, as such the transition should focus on ensuring that these people progress from charcoal to other forms of modern energy such as electricity (which can be generated using both renewables and fossil fuels). The focus for developing countries in Asia and Africa, therefore is access to electricity. Electricity in its natural form tends to appear as lighting and static, the technological advancement has enabled primary sources of energy such as coal, nuclear power, running water and of late renewable energy sources to provide this electricity. In this respect, for a country with more than 80% of the population lacking electricity, the focus will not entirely be on the kind of primary energy used to provide this electricity, but rather on ensuring that people shift from wood and biomass usage. Fossil fuels are also still essential for the urbanisation and industrialisation of many developing countries. As such, a wholesome transition will negatively affect developing countries that are counting on their fossil fuels for economic development.

The economic impact is likely to be felt by producing countries such as Nigeria, Angola and Algeria that are massively dependent on hydrocarbons for their budgets. Whereas it might appear that extractive industries are key in tackling poverty and ensuring economic development, there have been instances where countries endowed with massive natural resources grow slower than resource-poor countries and faced with political instability. This is what scholars have termed as the resource curse, and it is attributed mostly due to corruption, poor governance and ineffective institutions. Nevertheless, if well managed, these resources can contribute to the economic development of countries as was the case in Norway and Botswana. The United States, Canada and Australia are also resource-rich countries. The challenge for resource-rich countries is therefore how to harness the windfall revenues from fossil fuel development and contribute to sustainable growth.

How do we reconcile fossil fuel development and efforts to address climate change?

It is true, fossil fuels are the main contributor to climate change as they produce around 60% of greenhouse gases. Additionally, the UN Intergovernmental Panel on Climate Change (IPCC) issued a warning in 2018 that humanity had just twelve years to limit global warming to below 2°C [1]. However, focus should be put on how to utilise these resources in a sustainable manner. Although fossil fuels are associated with climate change impacts, cleaner and more efficient production and utilization methods can reduce emissions from fossil fuel use. By investing in clean technologies such as carbon capture and storage, combining heat and power generation, or mixing in renewable gases with the fossil natural gas, the high carbon footprints associated with fossil fuel production and use can be significantly reduced.

How are countries reacting to fossil fuel developments in an era of energy transition?

They are mixed signals with respect to fossil fuel developments, as summarised below:

Huge investments in renewable energy projects are evident in different developing countries. In sub-Saharan Africa, South Africa and Kenya have taken a clear lead over such developments, including in wind, solar and geothermal energy.

With the new oil discoveries in countries such as Uganda, Senegal or Kenya, there have been initiatives to invest in more fossil fuel infrastructure. For instance, Uganda has proven crude oil reserves of 6.5 billion barrels, about 2.2 billion of which is recoverable. The country recently, on the 10th of September 2020, concluded and signed with Total, a Host Government Agreement (HGA) for the East Africa Crude Oil pipeline (EACOP) project. This $3.5bn project is intended to connect Uganda’s oil fields to Tanzania’s port of Tanga.

Gas infrastructure are evident in different oil-rich countries. For instance, on 30th June 2020, President Muhammadu Buhari launched a $2.6 billion gas pipeline project in Nigeria. The 614-km long pipeline will run from Ajaokuta to Kano under the auspices of Nigerian National Petroleum Corporation (NNPC).

All the above developments point to the keen interest hydrocarbon-rich countries have in utilising natural gas resources to meet the energy demand in the region. Besides ensuring energy security, fossil fuels, specifically natural gas, has been recognized as an environmentally preferable product (EPP) for a low carbon transition. Basically, “environmentally preferable” refers to products or services that have a lesser or reduced effect on human health and the environment when compared with competing products or services that serve the same purpose.

Like highlighted above, hydrocarbon rich countries should invest more in clean technologies to utilise these resources. Development of fossil fuels does not imply that renewables should not be utilized, as such countries should also invest more in clean energy such as wind and solar. Good governance, transparency and accountability are also key in utilising natural resource to ensure that revenues from fossil fuels can finance renewable energy projects. Additionally, mineral rich countries should take note of the increasing role of critical minerals such as cobalt and lithium in the energy transition.

An expanded version of this article is published in the Journal of Sustainable
Development Law and Policy, Afe Babalola University, Ado Ekiti, Nigeria, Volume 11 Issue 2, 2020

Dr. Xiaoyi (Shawn) Mu is a Reader in Energy Economics at the Centre for Energy, Petroleum and Mineral Law and Policy (CEPMLP), the University of Dundee. He earned his Ph.D. in economics from the University of Oklahoma in 2006 and Bachelor’s degree in economics from Renmin University of China in 1994. His research interest has focused on commodity pricing and volatility, the economics of oil and gas, electricity, renewables, regulation and restructuring of energy policy issues in developing countries. 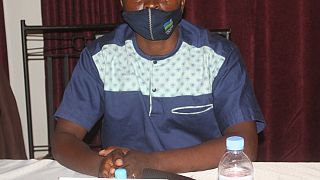 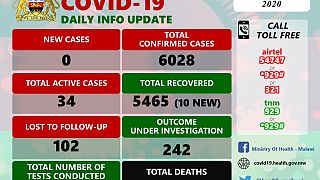