Coronavirus - Zambia: WHO Donates test kits to the Ministry of Health to help strengthen the national response towards the COVID-19 pandemic 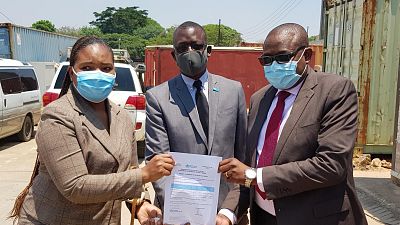 The Government of the Republic of Korea in partnership with the World Health Organization donated COVID-19 test kits valued at $200,000 to strengthen the Government of the Republic of Zambia’s national response towards the pandemic. The Permanent Secretary at the Ministry of Health, Dr. Kennedy Malama received the donation from the WHO Representative Dr. Nathan Bakyaita in the presence of Ms Diana Nciwa Kolala – Representative of The Korean Honorary Consul to Zambia and Mr Jae Ick Jung, Chairman of the Korean Association in Zambia. The donation was made on 20 October 2020 during the COVID 19 national update at the Ministry of Health headquarters in Lusaka.

In a statement made at the handover ceremony, the WHO Representative, Dr. Nathan Bakyaita stated that since the beginning of the pandemic, WHO had emphasized the vital importance of testing as part of a comprehensive strategy to control COVID 19 transmission. He thanked the Government of the Republic of Korea for collaborating with the World Health Organisation in supporting the scale up of life saving interventions aimed at curbing the spread of covid-19 in Zambia. He recognized the government’s commitment in the implementation of COVID 19 response interventions. “We have witnessed the continued reduction in the number of cases reported including the number of deaths. However, we need not be complacent. This is a time to strengthen further our efforts”.

While receiving the donation, the Permanent Secretary at the Ministry of Health Dr. Kennedy Malama stated that the World Health Organization was a strategic partner and had continued to provide technical and financial support for the COVID 19 response in the country. He thanked the Government of The Republic of Korea for collaborating with WHO to provide COVID 19 test kits. He stated that the donation had come at the right time as efforts were being made to decentralise testing to the district level in an effort to make it widely available.

Ms Diana Nciwa Kolala, represented the Korean Honorary Consul to Zambia at the event. In a statement which was released by the Embassy of the Republic of Korea in Zimbabwe, the COVID 19 test kits were intended to strengthen the Government of Zambia’s national response towards the pandemic. Korea had earlier also donated to Zambia 50,000 disposable face masks. The donation was a concrete example of the longstanding strong partnership and solidarity between the Republic of Korea and the Government and people of Zambia. 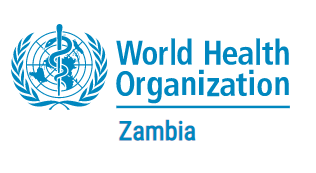