Uganda: Sharp Decline in Cases of Typhoid Fever, Diarrhoea, in Capital, Thanks to Sanitation Project 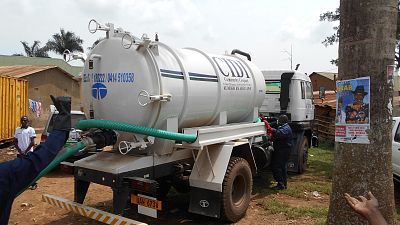 For several years now, typhoid fever and diarrhoea cases have fallen significantly in the Ugandan capital, Kampala, especially in the major district of Kawempe, according to an African Development Bank (https://www.AfDB.org/) report published on 7 October.

Kawempe is an administrative subdivision that has developed rapidly, but water and sanitation infrastructure has not kept pace in this area dominated by swampy lowlands.

The Kawempe Urban Poor Sanitation Improvement Project (KUPSIP) (https://bit.ly/3o06vmN), benefiting from $1.3 million in African Development Bank funding and implemented from 2013 to 2018, has helped to reduce typhoid fever cases by 7.7% and diarrhoea cases by 49.3%.

“The project was highly successful in getting its message about improved sanitation out to the wider Kawempe community. This is reflected in the estimated number of people reached as a result of the campaign and also, more promisingly, in the recorded positive health outcomes,” the Bank’sproject completion report says.

Implementation of KUPSIP has enabled the development and installation of sanitation facilities in the main public places of Kawempe, particularly near markets and in school grounds. Extensive communication campaigns have been conducted in local media.

Approximately 240 public sanitation facilities with hand-washing points have been built, as well as family facilities for landlords and tenants.

Key achievements include the construction of sanitation facilities in five schools in addition to two hand-washing points, benefiting 2,523 pupils.

The project also included the construction of five communal four-cubicle latrines in public places, managed by local user committees. Each committee has recruited an attendant/cleaner and set a fee of $0.50 to use the toilets and $0.13 to use the washroom, which serves around 2,500 people.

No fewer than 25 sanitation & hygiene clubs have been created in schools to reach out to pupils on the subject of improved sanitation, using an approach combining distribution of information, education and communication materials with cleaning materials (wheelbarrows, handwashing cans, brooms, brushes, gloves, rakes and bins). Approximately 100,000 people have been reached through the hygiene & sanitation improvement messaging.

The KUPSIP project has acquired three trucks for the maintenance and emptying of both existing and newly-built sanitation facilities. Each truck carries out about 50 trips per month, the price for cesspool emptying being set at $36.

“The Executing Agency estimated that the project reached over 165,000 people over the three years, through the different pathways of the project and this number continues to grow,” the report concludes.