Prospects for fully eradicating extreme poverty by 2030 now appear highly unlikely, even under the most optimistic scenarios, according to a new policy brief issued by the UN Department of Economic and Social Affairs, as the world sets to mark the International Day for the Eradication of Poverty on 17 October.

According to the brief on “The long-term impact of the COVID-19 crisis on poverty,” even with accelerated economic growth and reductions in inequality, ending extreme poverty has become increasingly elusive, even under the most upbeat assumptions.

The brief also found that stagnation in economic growth and a rise in inequality can easily push countries with persistent poverty, such as the least developed countries, even further behind.

“It is no longer unimaginable that the global number of people living in extreme poverty will continue to go up in the coming years,” the report concluded, “pulling hundreds of millions of people into extreme vulnerability, if the horrendous consequences of the pandemic for developing countries are not effectively managed.”

The brief was released as the United Nations prepares to mark the International Day for the Eradication of Poverty with civil society groups. This year, as COVID-19 has exacerbated social inequalities and economic hardships, the International Day is focusing on the theme of “Acting Together to Achieve Social and Environmental Justice for All”.

The International Day is an important occasion to examine progress on the 2030 Agenda for Sustainable Development with its 17 Sustainable Development Goals (SDGs), adopted unanimously by world leaders in 2015. The Agenda recognizes that eradicating poverty in all its forms and dimensions, including extreme poverty, is the greatest global challenge and an indispensable requirement for the achievement of inclusive and peaceful societies.

Even before the pandemic, the progress on addressing income poverty was not being matched by advances in other important dimensions, such as the rapidly growing impact of environmental crises on poverty, within a more holistic approach. People living in poverty are disproportionately affected by the adverse impacts of climate change and environmental degradation.

The International Day brings attention to people living in extreme poverty, who, often through sheer necessity, are the first to respond decisively within their communities to poverty, climate change and environmental challenges. Their efforts and experience as well as their ability to contribute positively to solutions continue to be overlooked.

Commemoration of the Day
To commemorate the Day, a global digital event will take place virtually on Saturday, 17th October, hosted by the International Movement ATD Fourth World and the UN Department of Economic and Social Affairs (UN DESA), with the support of the Permanent Missions of Burkina Faso and France to the UN, the International Committee for October 17 and the UN NGO Committee for Social Development.

Distributed by APO Group on behalf of United Nations (UN). 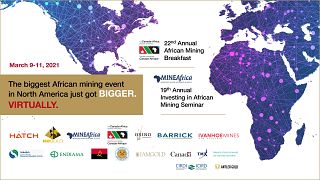