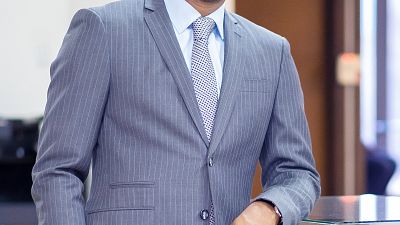 Ngankam’s appointment was confirmed by AGF Board of Directors on 22nd September 2020; He has worked with the pan-African financial guarantee provider for the past seven years.

The appointment follows his recent nomination as Acting Group CEO at the beginning of July 2020, when the founding CEO transitioned to Board Chairman.

Mr. Ngankam joined AGF in 2013 as the Chief Finance Officer, after which he served as Deputy CEO since April 2017.  He is a Cameroonian national and a graduate of ENSAE Paris in statistics and economics and of ESSEC Business School in Paris. He also holds a Master’s degree in Applied Mathematics from the University of Paris Dauphine in France.

His appointment comes at a time when lenders across the continent are in dire need of cushioning to support them as they lend to SMEs.

“I am grateful and humbled to take up this position. AGF has succeeded over the years to make a difference in our continent’s economy by unlocking financing for SMEs, and I look forward to even greater results” he said.

AGF Board of Directors also approved the implementation of the Affirmative Finance Action for Women in Africa (AFAWA).

AFAWA is an initiative being undertaken jointly with the African Development Bank which aims to address all critical elements of the entrepreneurship ecosystem of women in business in Africa, in particular finance, to support their economic empowerment, reduce vulnerability, and unleash unused potential for more sustainable and equitable growth.

Speaking at the Board Meeting, the new chairman, Felix Bikpo congratulated Mr. Ngankam and wished him success in his new role. He also thanked the Board of Directors for their continued support to the Group, citing AFAWA’s approval, which will be a game-changer for African women entrepreneurs.

Distributed by APO Group on behalf of African Guarantee Fund.

AGF has a rating of AA- by Fitch Ratings Agency.