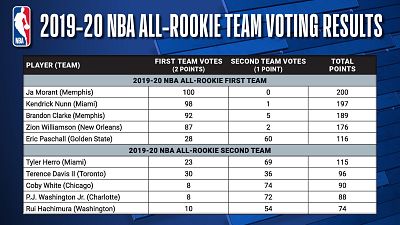 The voting was conducted based on regular-season games played through March 11. The seeding games, which were played July 30 – Aug. 14 as part of the 2019-20 season restart, did not count toward voting for the NBA All-Rookie Team or the league’s other traditional end-of-season awards.

The voting results for the 2019-20 NBA All-Rookie Team are below. The balloting was tabulated by the independent accounting firm of Ernst & Young LLP. Complete ballots for each voter will be posted at https://on.nba.com/38ERy0S after the announcement of all end-of-season awards.


Below are the other players who received votes for the 2019-20 NBA All-Rookie Team. 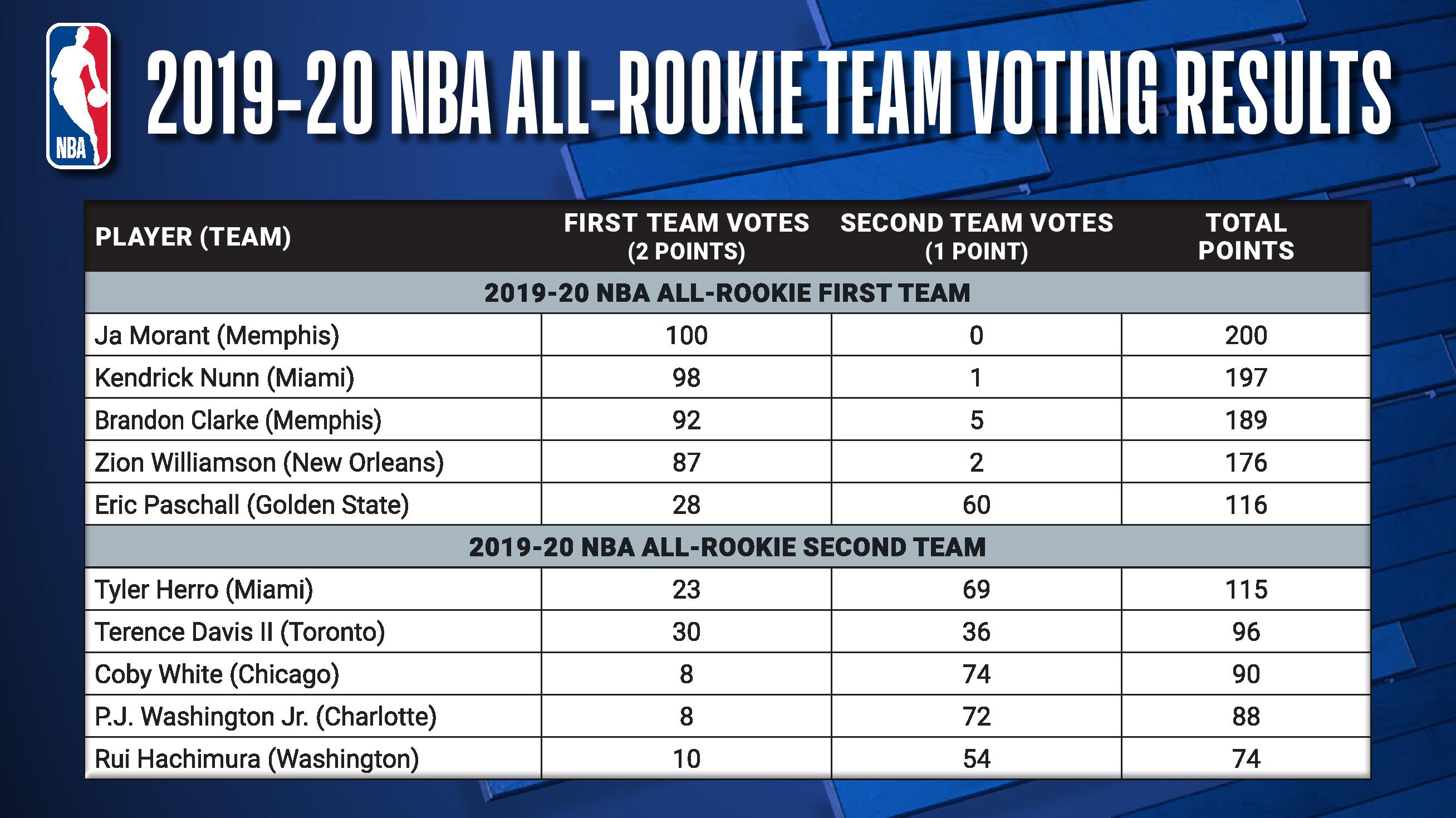