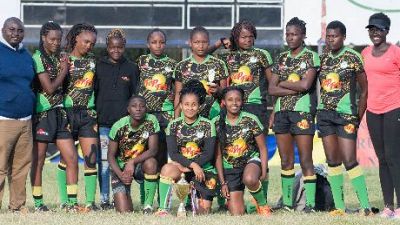 Whenever you walk into the Nakuru Athletics Club on Sunday afternoon, you’re welcomed by several groups of age-grade rugby boys and girls going through their session. Eleven years on and Top Fry Nakuru RFC has one of the best age-grade rugby programs in Kenya.

We caught up with Nakuru rugby’s development director and one of Kenya Rugby Union’s (www.KRU.co.ke) Regional Development Officers, Lamech Ongati together with Felix Oloo a level 2 certified coach and they walked us through the journey.

“Nakuru’s age-grade rugby started as a program for the primary schools within Nakuru County in 2009. It was started as a feeder program for Damu Changa with the ultimate goal being Nakuru fielding strong teams at the annual Safari sevens schools’ category,” said Lamech.

At the time, the Safari sevens schools’ category fielded only those aged 16 years and above. Lamech and his counterpart the Late Ogeto birthed the idea of an under-16 category in Nakuru that received the support of the late Eric Situma.

Situma embraced the U13 to U5 age grade categories and soon identified a few schools to start the program with; one of those schools was Newlife Academy where Felix Oloo was and still is a teacher. Oloo commonly known as “Ade” to his peers was a Nakuru player at the time, he would later progress to be the team’s head coach and is currently serving as the Kenya Lionesses’ Head Coach.

“When the program kicked off, we had all the U13s training at Newlife Academy while the 14-18-year-olds trained at the Nakuru Athletics Club. In 2013, Reading School in the United Kingdom invited Nakuru’s U13 boys’ group to compete in a sporting festival at Abbey Rugby Club. The invite came as a result of Eric Situma’s effort. Having seen this milestone achieved, the girls in these schools took it as their motivation and they also joined the training sessions.”

With time, some of the girls transitioned into coaching with the assistance of Lamech who is a certified Get Into Rugby coach. Noreen Liyosi and Beryl Akinyi two of Kenya’s best match officials were among the group of girls who went through this path.

Situma went ahead to introduce rugby to the “Sure 24” school and asked Lamech to take charge of that program. The school continues to produce great rugby players having numbers of up to 300. With his GIR certification, Lamech trained a handful of teachers in other schools within Nakuru on the sport and once they learned the ropes, the schools in Nakuru formed and strengthened their rugby teams both in Primary and Secondary.

The fruits of their labor have continually been witnessed in the recent past as the schools display their skillful talent during the Nakuru 10-Aside tournaments and Prinsloo7s.

“Some of the age-grade players who progressed to senior sides volunteer at the training sessions we continue to have in the different schools within the Rift Valley region. We’ve had a few of our age-grade players represent the Country in various competitions. Monate Akuei has played for Kenya Simbas, Harold Anduvate and John Okoth have both represented Chipu before donning the Shujaa and Simbas jersey respectively. When it comes to the girls, all the Top Fry Nakuru RFC girls in both the Lionesses 7s and 15s teams are products of our age-grade program; the likes of Grace Adhiambo, Veronica Wanjiku, Vivian Okumu, just to name a few,” he added.

A good number of the Menengai Oilers Rugby players went through this age-grade program and when you combine the skillset these young lads picked up from a young age, with the mastermind that is their head coach Gibson Weru, you get the explosive performance we have witnessed in the last three years.

Ongati and Felix Oloo encourage more clubs to invest in age-grade programs as it creates a feeder program for the senior sides thus clubs will continue to have a big pool of players. “You develop skills and the full understanding of the sport at a young age, when they grow into the senior sides, there’s very little to be done as they’ve perfected the basics with the knowledge they have,” concluded Ongati.

Throughout this journey, this age-grade program has received immense support from the home club, Top Fry Nakuru RFC, their sponsor Menengai Oil who continue to cater to their transport by providing a bus whenever the teams need to travel for competition. Lamech gives a special thank you to the Nakuru fans who continue to support the age-grade teams. 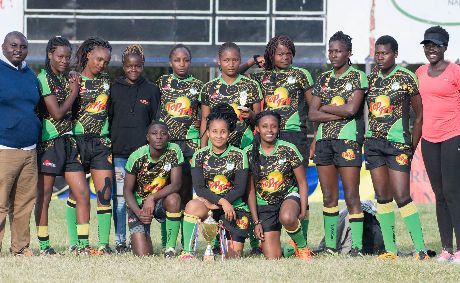