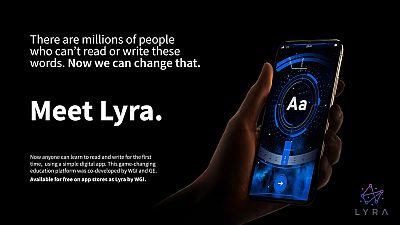 Lyra will initially teach users how to read and write in English, and will be offered for free to people in need of literacy skills the most; The app was co-developed by WGI and GE (www.GE.com), as part of their ongoing partnership; 20-year-old WGI CEO Chance Wilson and GE seek to expand literacy in many underserved communities around the world

The WGI Worldwide Company and GE today announced the launch of Lyra, a new app-based education platform that uses innovative advanced speech recognition and touch screen analysis to teach reading and writing. It was co-developed by WGI and GE.

The app represents the start of WGI’s transition to a digital provider of literacy learning and makes learning literacy skills more accessible for both adults and children. The app’s 26 modules are based on the evidence-based synthetic phonics approach to literacy and build on the foundation of WGI’s six years of in-person education.

“We realized that while there will never be enough teachers, there are enough mobile devices, and they are already in the hands of people who can benefit from literacy training, said Chance Wilson, WGI Chairman, CEO and Founder. “We worked quickly to bring on new teachers and set up programs in new communities, we wanted to do more given the urgent need.”

Wilson, who set up WGI six years ago as a fourteen-year-old middle school student, is passionate about bringing literacy to as many people as possible. At first, he set up in-person classes in his hometown of Baton Rouge, Louisiana. Once established there, he set about developing plans for national and global impact, which eventually saw a partnership with GE blossom through GE’s global network of volunteers and software developers. Now, Wilson and GE are aligned that moving into the digital world could not be more important.

Nabil Habayeb, President & CEO of GE Global, is championing the partnership and says, “Looking at the impact this app has the potential to make around the world, GE is fully supportive of this effort. With so many people isolated and in need of developing new skills, Lyra can help meet a critical demand in underserved communities that have little or no access to literacy resources – a situation made even more dire in the wake of COVID-19.”

Globally, more than 700 million people cannot read or write. This limits their ability to gain employment, improve their career prospects, or pursue higher education. It also can have a far-reaching impact on mental health. Lyra now offers a solution for all of them.

The Lyra app features an engaging space-themed interface and user experience. The theme reflects the name of the app – Lyra, which is the brightest constellation in the night sky. The app teaches letters and words by presenting them on the screen, pronouncing them, and then inviting users to say the letters and words out loud. Powerful voice recognition technology then analyzes the response. The app also uses the phone’s touch screen to prompt learners to write the letters or words they are studying, then analyzes the results to tell them whether or not the writing is correct.

WGI and GE are poised to continue their partnership by working on developing new versions of the app to provide literacy lessons in other languages. Currently, the app provides more than two years’ worth of English language literacy lessons and is designed for those who speak English, whether as a first language or as a foreign language but can’t read or write it. It is available for download now on the Apple and Android app stores as Lyra by WGI.

About GE:
GE (www.GE.com) drives the world forward by tackling its biggest challenges: Energy, health, transportation—the essentials of modern life. By combining world class engineering with software and analytics, GE helps the world work more efficiently, reliably, and safely. For more than 125 years, GE has invented the future of industry, and today it leads new paradigms in additive manufacturing, materials science, and data analytics. GE people are global, diverse and dedicated, operating with the highest integrity and passion to fulfill GE’s mission and deliver for our customers. 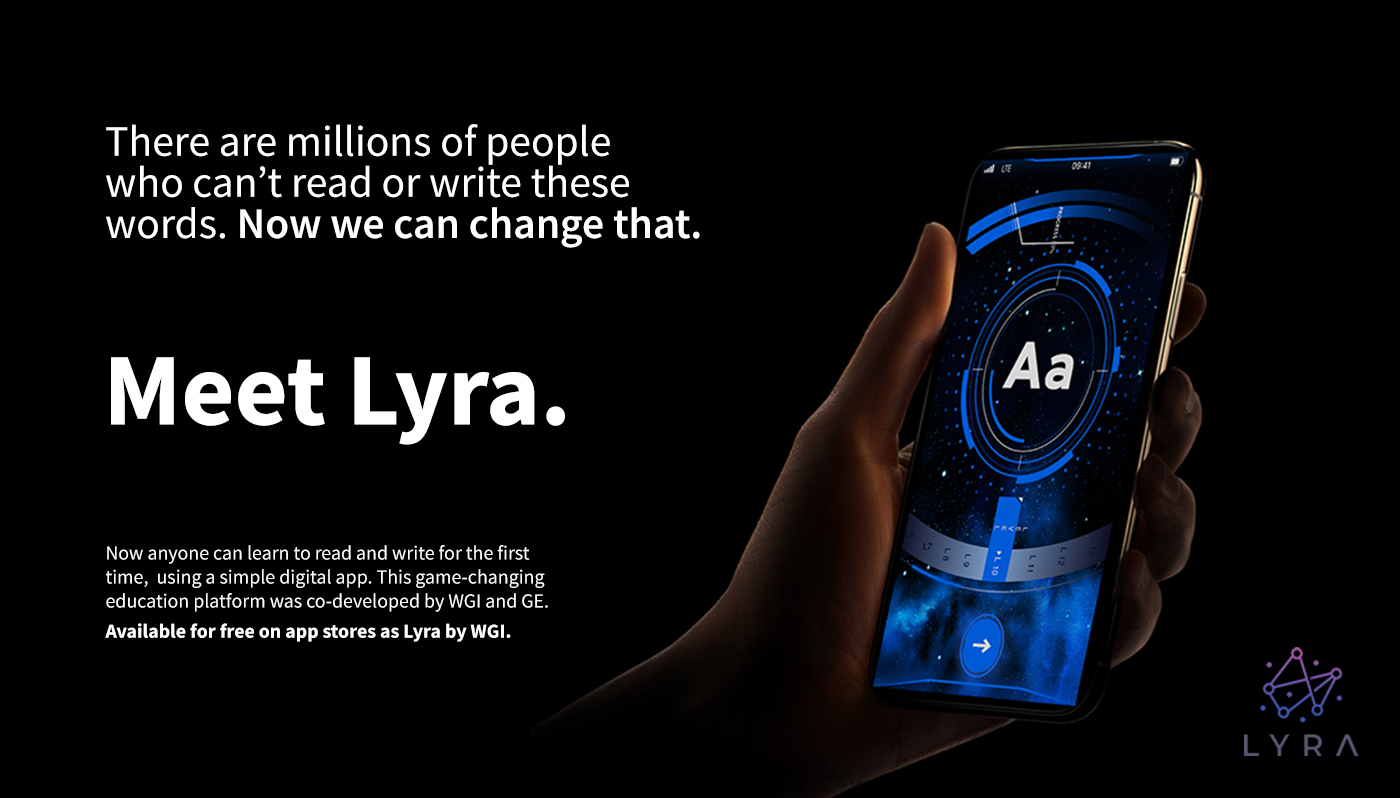