Antetokounmpo, the 2018-19 Kia NBA Most Valuable Player, becomes the fifth player selected as both the NBA MVP and the NBA Defensive Player of the Year in a career, joining Michael Jordan, Hakeem Olajuwon, David Robinson and Kevin Garnett.

The 6-11 Greek forward also joins Sidney Moncrief as the only players to win the Kia NBA Defensive Player of the Year Award with the Bucks. Moncrief played for Milwaukee when he earned the honor in both the 1982-83 and 1983-84 seasons, the first two seasons that the award was presented.

Players were awarded five points for each first-place vote, three points for each second-place vote and one point for each third-place vote. The voting was conducted based on regular-season games played through March 11. The seeding games, which were played July 30 – Aug. 14 as part of the 2019-20 season restart, did not count toward voting for the Kia NBA Defensive Player of the Year Award or the league’s other traditional end-of-season awards.

From the beginning of the season through March 11, Milwaukee’s opponents shot an NBA-low 41.3 percent from the field. Antetokounmpo held his matchups to 36.5 percent shooting from the field, the lowest percentage among the more than 250 players who faced at least 300 shots.

Antetokounmpo averaged an NBA-high 11.5 defensive rebounds in games played through March 11, highlighted by nine games with at least 15 defensive rebounds. He also averaged 1.04 steals and 1.02 blocked shots, making him one of six players to average one or more in both categories.

In addition to being named the Kia NBA Defensive Player of the Year, Antetokounmpo is a finalist for the 2019-20 Kia NBA Most Valuable Award after averaging 29.6 points, 13.7 rebounds and 5.8 assists in games played through March 11 while helping Milwaukee post an NBA-best 53-12 record during that period. TNT will announce the winner of the Kia NBA MVP Award during its coverage of the 2020 NBA Playoffs.

The voting results for the 2019-20 Kia NBA Defensive Player of the Year Award are below. The balloting was tabulated by the independent accounting firm of Ernst & Young LLP. Complete ballots for each voter will be posted at https://on.nba.com/38ERy0S after the announcement of all end-of-season awards.

Below is the all-time list of recipients of the Kia NBA Defensive Player of the Year Award.

About the NBA:
The NBA (http://www.NBA.com/) is a global sports and media business built around four professional sports leagues: the National Basketball Association, the Women’s National Basketball Association, the NBA G League and the NBA 2K League. The NBA has established a major international presence with games and programming in 215 countries and territories in 47 languages, and merchandise for sale in more than 100,000 stores in 100 countries on six continents. NBA rosters at the start of the 2019-20 season featured 108 international players from 38 countries and territories. NBA Digital’s assets include NBA TV, NBA.com, the NBA App and NBA League Pass. The NBA has created one of the largest social media communities in the world, with 1.8 billion likes and followers globally across all league, team, and player platforms. Through NBA Cares, the league addresses important social issues by working with internationally recognized youth-serving organizations that support education, youth and family development, and health-related causes.

About Kia Motors America:
Headquartered in Irvine, California, Kia Motors America (https://www.Kia.com/) continues to top quality surveys and is recognized as one of the 100 Best Global Brands. Kia serves as the “Official Automotive Partner” of the NBA and offers a complete range of vehicles sold through a network of nearly 800 dealers in the U.S., including cars and SUVs proudly assembled in West Point, Georgia.*

For media information, including photography, visit https://www.KiaMedia.com/. To receive custom email notifications for press releases the moment they are published, subscribe at https://bit.ly/2D0ful7.

*The Telluride, Sorento and K5 are assembled in the United States from U.S. and globally sourced parts. 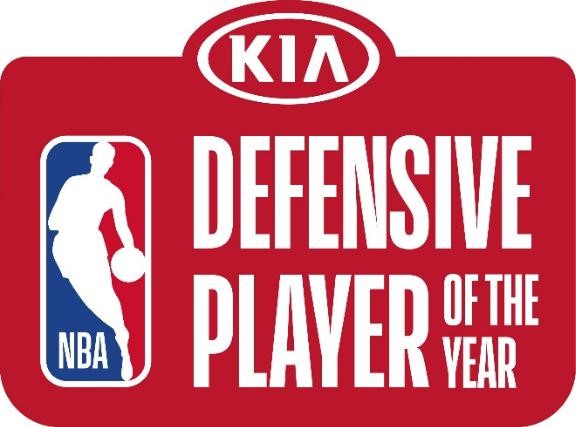