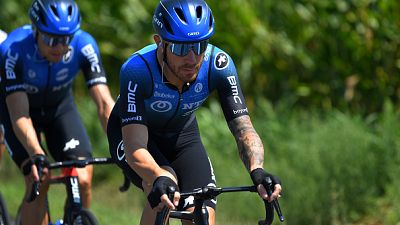 NTT Pro Cycling (https://NTTProcycling.com/) sprinter Giacomo Nizzolo says that his excellent 5th place finish at Milano-Sanremo has given him the belief that he can challenge for even greater honours at the race in the future.

Nizzolo was the first Italian rider home in the unique 2020 edition of La Classicissima, narrowly missing out on a podium spot. The race featured a late escape clinch victory for Wout van Aert ahead of defending champion Julian Alaphilippe. Michael Matthews was third and Peter Sagan fourth, ahead of Nizzolo, in the reduced bunch sprint for the minor placings.

For NTT Pro Cycling, this performance was the result of months of meticulous planning for the event and also follows what has been so far a very strong 2020 for the Italian, which has included stage wins at the Tour Down Under and at Paris-Nice.

Speaking on Sunday, Nizzolo paused to reflect overall on a really strong day for everyone at NTT Pro Cycling: “We had a lengthy, detailed period of preparation for this race. It’s been a big focus for few months – both mentally and physically – which has been tough. On Saturday, finally, we could put all of that effort into one performance aiming for the best possible result. I don’t have any regrets, it was a really nice day for us as a team.

“I felt great, I really hoped to have the legs both on the climbs and in the sprint as well which I did. The only thing that I probably could have done better was the sprint, because I was boxed in with 150m to go and that was the moment as I think I had the legs to push for that podium spot but races are like that sometimes, you lose a fraction of a second and everything is gone. In the end I was 5th which was very nice, and I go home knowing that in the future I have the confidence to challenge at Milano-Sanremo,” he said.

“We looked at every single detail and that really gave me a huge amount of motivation seeing the team around me – teammates and staff – all fully committed to the goal. That collective motivation enabled me to work even harder than normal. After this performance I believe that as a team we have taken another step up; during the preparation period we explored and worked on a couple of details that will make us all better in the future.”

“The approach to the Cipressa was perfect. I was led out by Michael Valgren, who did a huge job, and I could manage to be in the top 10 at the top having spent some energy but being still comfortable, I was feeling quite good. And then at the Poggio too, I positioned myself in the top 10 at the bottom and was still there at the top of the climb. I descended well without taking too many risks as I was still well-placed so didn’t have to do anything crazy. And then I think I was well placed for the duration of the sprint, a slight hesitation cost me and unfortunately I was not able to deliver the perfect sprint.

“I think the new route was good. The roads were really good, it was technical enough and in the end the race played out in a similar fashion to what it normally does: exciting uncertainty of the final being between the sprinters or the puncheurs. So I think that people got what they wanted and Sanremo was such a great race to watch.

“As an Italian rider Milano-Sanremo is always a special race. Being the first Italian doesn’t matter too much to me, what is important for me is the result and I’m happy with that. It’s the first time I’ve taken to the start in good condition as in the past I’ve had a few injury issues so not really had that opportunity before. But this was proof that if I’m in shape that I can be competitive and I’m really proud of that, so now we look ahead to the future.”


Distributed by APO Group on behalf of NTT Pro Cycling.

About NTT Pro Cycling:
Founded in 2007, NTT Pro Cycling (formerly Team Dimension Data for Qhubeka) (https://NTTProcycling.com/)  became the first-ever African cycling team to gain a WorldTour license, in 2016. With the support of our headline sponsor and technology innovation partner, NTT, we are the most purpose-driven, performance-led, and technology-enabled team in pro cycling today.

About Qhubeka:
Qhubeka (https://Qhubeka.org/) is a charity that moves people forward with bicycles.  People earn bicycles through our programmes, improving their access to schools, clinics and jobs. 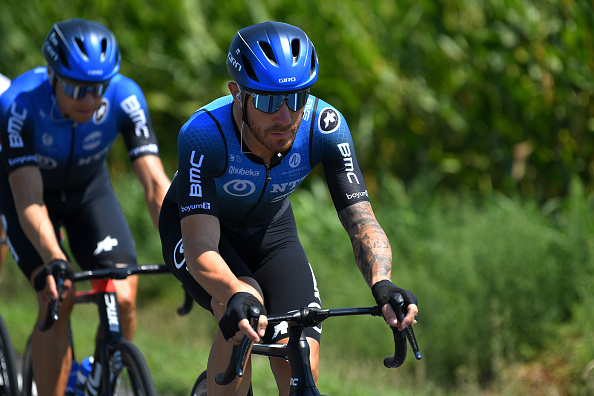