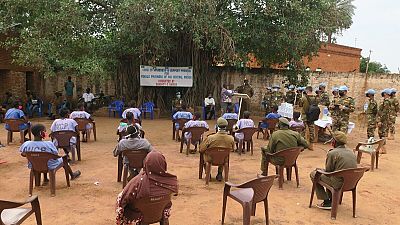 In Western Bahr El Ghazal, UNMISS peacekeepers have taken the motto of leaving no one behind to heart as they continuously support the national-led COVID-19 response.

Ever since the pandemic began, cramped conditions in prisons have been a worldwide concern, in light of the fact that physical distancing is one of the most important protective measures approved by the World Health Organization, along with wearing facemasks, frequently washing hands and so forth.

In an effort to alleviate health concerns in Wau Central Prison, UNMISS peacekeepers from Bangladesh recently handed over assorted medications, facemasks, soaps, sanitary napkins and clothes to the female wing of the prison.

“UNMISS peacekeepers conducted a detailed sensitization among female inmates on how they can protect themselves and others around them from coronavirus and distributed many necessary items and medicines; we, as prison authorities, appreciate this initiative,” said Brigadier Joseph Yak, Deputy Director, Wau Central Prison.

Inmates, too, expressed their gratefulness to the mission for the health warning. “I was already imprisoned with my eight-month old daughter before the virus started spreading across the world. I had no idea that something so dangerous was happening out there. Today, because of UNMISS peacekeepers I am aware of COVID-19, the risks it poses to me and my daughter as well as how to protect ourselves,” said a female inmate.

“We don’t have frequent access to medical facilities or personnel inside the prison,” averred another female inmate, “So visiting peacekeepers have helped us immensely by showing us how to stay safe during this critical time,” she concluded.

For his part, Colonel Motaher Hossain, Commanding Officer of the Bangladeshi contingent, she believed that everyone should play their part during this global health crisis. ‘’The fight against COVID-19 is our collective responsibilities as people living in South Sudan regardless of which country we come from,’’ stated Colonel Hossain during the handover. 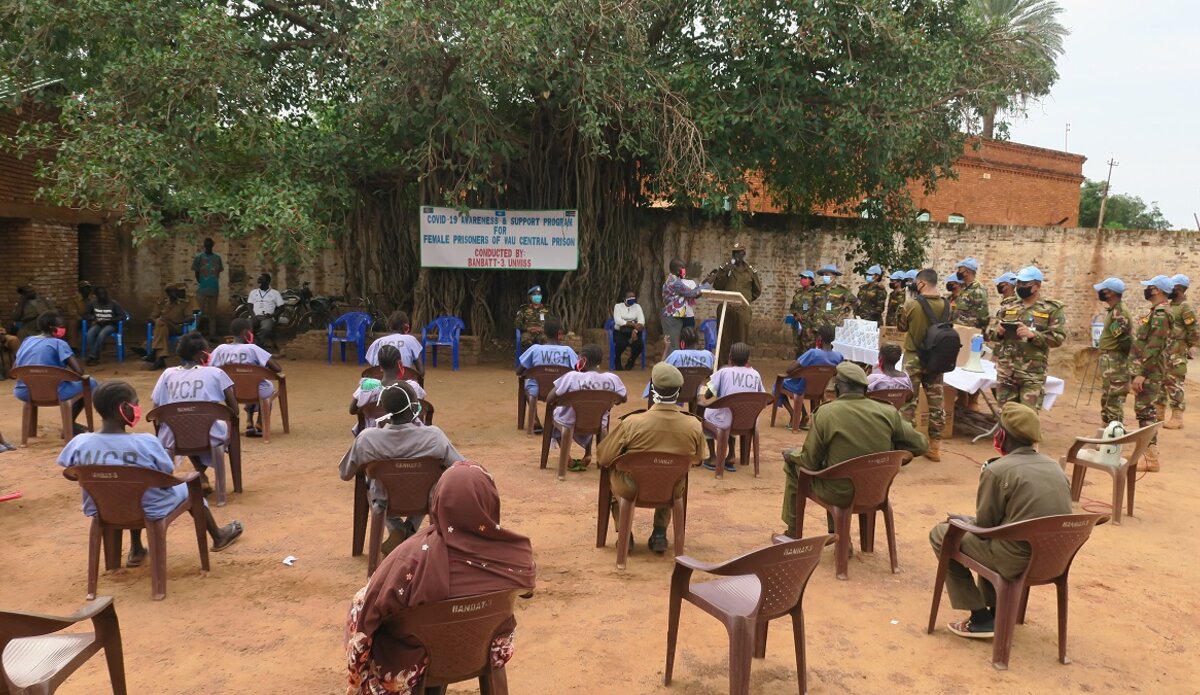