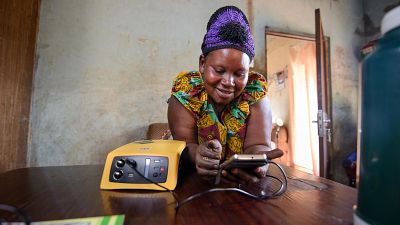 Millions of people, small holders and entrepreneurs in remote villages across Uganda are set to access reliable and cheap electricity for the first time under a new off-grid solar scheme agreed between ENGIE (www.ENGIE-africa.com), through its Solar Home System company Fenix International and the European Investment Bank, one of the world’s largest financiers of renewable energy.

“Access to affordable and clean energy is important to fight poverty, create jobs and empower women and girls. The European Investment Bank is pleased to agree new support for scaling up off-grid solar deployment in East Africa under this new partnership with ENGIE. Over a million people across Uganda will be able to access electricity for the first time that will power communications, provide light and make cooking easier. This scheme will also reduce use of kerosene, charcoal and candles to help families save money, reduce pollution and reduce the risk of accidents. Unlocking sustainable economic and social development through off-grid solar is key for Africa’s future and the EIB is pleased to back this project in Uganda.” said Ambroise Fayolle, European Investment Bank Vice President.

“At ENGIE, we see the massive potential of the off-grid electrification sector as a way to bridge energy gaps across Africa, faster and more affordably. Every day families across Africa are able to access electricity for the first time using off-grid solar technology provided by ENGIE Africa. Our new partnership with the European Investment Bank in Uganda will allow Fenix to provide ultra-affordable PAYGO systems to millions of people in villages across the country. This will provide access to clean solar power and financial empowerment. Providing access to energy in Africa is a huge undertaking but I firmly believe that universal access to energy is achievable in the foreseeable future, through smart investments in a combination of national grid extension, solar home systems and mini-grids. With our off-grid platform, we are industrializing and scaling up the development of a wide range of decentralized solutions, with a sustainable business model. As of now, ENGIE is providing decentralized electricity to more than 4.5 million people in 9 countries through solar home systems from both Fenix and ENGIE Mobisol, as well as mini-grids from ENGIE PowerCorner.” said Yoven Moorooven, CEO of ENGIE Africa.

The European Investment Bank has agreed to provide a USD 12.5 million loan to support the deployment of 240,000 high-quality solar home systems in Uganda by Fenix International, a subsidiary of ENGIE.

Solving the last mile challenge to provide power in remote communities across Uganda Only one in five Ugandans living in remote and rural communities has access to reliable electricity. By scaling up adoption of off-grid solar technology this new initiative will provide economic, social, education and health opportunities for families and entrepreneurs who cannot be connected to the national electricity network.

Customers will also be able to benefit from Fenix International’s service centres that provide support in 30 languages across Uganda.

Following the new agreement between Fenix and the European Investment Bank households, entrepreneurs and small holders across Uganda will be able to access electricity for mobile phones, solar lighting, refrigeration, radio and television. This will help farmers to sell produce, create new markets for traders and improve health.

Increased provision of reliable and affordable energy will create new opportunities for women and girls and reduce exposure to indoor pollution from current kerosene use.

“The European Union is committed to supporting sustainable economic and social development across Uganda. This new cooperation initiative between the European Investment Bank and Fenix International, a subsidiary of leading European energy company ENGIE, demonstrates the value-added of European engagement with Ugandan partners to advance the country's development vision. Harnessing renewable energy through innovative off-grid solar technology, combined with productive uses of power in rural areas, is a direct demonstration of the European Union’s green deal for Africa, providing new opportunities for millions of Ugandans.” said Attilio Pacifici, European Union Ambassador to Uganda.

Provision of a PAYGO model will allow families who would be unable to afford the upfront costs of solar home systems to repay the cost of equipment over years at less than USD 20 cents a day. The new European Investment Bank financing will also allow repayment of equipment purchased in US dollars in Ugandan shillings. Previously currency fluctuations hindered provision of affordable clean energy solutions to Ugandans without access to foreign currency.

“Providing hundreds of thousands of new solar home systems through the PAYGO model will allow our Ugandan team to transform communities across the country. We are proud to be the latest national off- grid power operation to be supported by the European Investment Bank and we will work tirelessly to illuminate homes and provide clean power until all of Uganda can access electricity.” said Daniel Willette, Managing Director Uganda (Fenix)

Customers will also benefit from cheaper costs and easier repayment through use of mobile banking. This will also provide other financial products and allow customers to expand existing equipment as needed.

Over the last decade the European Investment Bank has provided more than EUR 5.4 billion for clean energy investment across Africa.

In recent years the European Investment Bank has been a leading financial for the Bujagali hydropower project in Uganda, the Lake Turkana Wind Farm, Olkaria Geothermal plant and the Radiant and Eldosol solar schemes, as well as financing last mile connections in Kenya. The EIB is also supporting studies to harness hydropower to transform clean energy in Burundi and the Great Lakes region.

Distributed by APO Group on behalf of ENGIE.

Background information:
The European Investment Bank (EIB) (www.EIB.org) is the long-term lending institution of the European Union owned by its Member States. It makes long-term finance available for sound investment in order to contribute towards EU policy goals.

ENGIE (www.ENGIE-africa.com) is the largest independent electricity producer in the world, and one of the major players in natural gas and energy services. The Group has more than 50 years of experience on the African continent and has the unique ability to implement integrated solutions all along the energy value chain, from centralized electricity production to off-grid solutions (solar home systems, mini-grids) and energy services. ENGIE Africa employs nearly 4,000 people, and has 3.15 GW of power generation capacity in operation or construction. It is a leader in the decentralized energy market, providing clean energy to more than 4.5 million people through domestic solar installations and local microgrids. 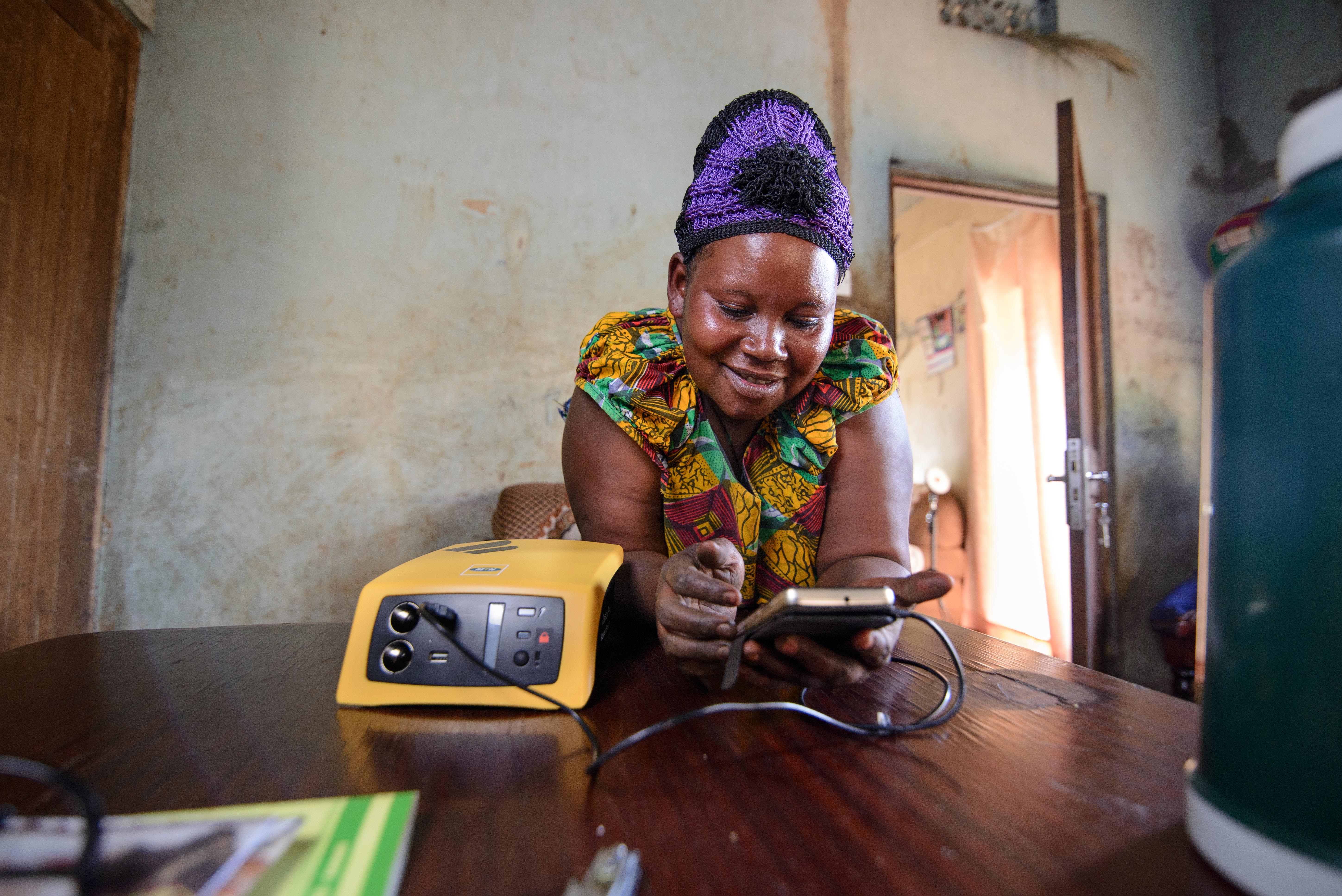