Angola: Protest in Luanda against corruption 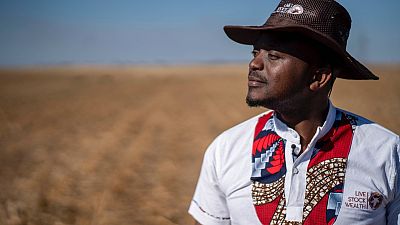 The Hall of Fame features a diverse group of five female and five male entrepreneurs whose transitions from high school or university into entrepreneurship demonstrates the importance of starting early to shape entrepreneurial careers. The Hall of Fame honorees are entrepreneurs from various industries and represent six African countries, which includes South Africa, Nigeria, Kenya, Zambia, Cameroon, and Egypt. Their stories of success and triumphs are a source of inspiration and point of reference for young Africans.

Over the last decade, The Anzisha Prize has celebrated young entrepreneurs and believes that successful transitions from school to entrepreneurship are under-invested. The names on this list exemplify the Anzisha Prize’s longstanding belief that more young people should choose entrepreneurship to help lessen the youth unemployment found on the continent. While not everyone can be an entrepreneur, but those who are interested should be encouraged and supported in their pursuit.

At the age of 7, Ntuthuko Shezi already had a taste of the entrepreneurial world by helping his mum sell her baked pastries. By the age of 26, he had already started nine businesses. Currently pursuing his fourteenth business, Ntuthuko Shezi is an example for many young people to start pursuing entrepreneurship as a career choice. “The need to prove that it can be done is what motivates me to keep creating businesses. It’s like the race to the moon. I get to work on original things,” he says.

Joining Ntuthuko Skezi are notable fellow South African entrepreneurs Baratang Miya, Rapelang Rabana and Wandile Zondo. Baratang Miya is known for being the founder of Girl Hype, a non-profit organisation that aims to empower girls and youth in the ICT sector in South Africa. Before she founded Girl Hype in 2003, Baratang’s entrepreneurial journey started in her primary school days and the skills she learnt in her early years set her on a path of success. These entrepreneurs’ stories of starting small and early are highlighting the realities of deviating from traditional pathways to pursue entrepreneurship.

“The Hall of Fame has been a two-pronged approach. Firstly, we wanted to showcase that the pursuit of entrepreneurship is not something that needs to be done when all else has failed. You can and should start now. Secondly, we want to create African points of reference for young people to look up to and feel encouraged that this path of entrepreneurship is a viable choice,” says Didi Onwu, Communications and Stakeholder Relations Associate, who worked on highlighting the entrepreneurs.

While arguments for young people to follow traditional career pathways have created a singular understanding of success, entrepreneurship provides a counter perspective that demonstrates success can be achieved at an early age.

For more content on how these entrepreneurs started early, visit anzisha.org/halloffame for the complete list, feature stories and exclusive videos. Make sure to join the conversation on social media using: #AnzishaHOF and follow @anzishaprize

We want your input in inducting the next Hall of Famers! We’re looking for entrepreneurs from various countries whose journeys of starting early should be celebrated. If you know of an entrepreneur in your country who could be the next hall of famer, tell us about them here!

Jessy Bityeki followed the traditional path of going to University and finding a job in a corporate company. But at the age of 24, she decided that starting her business was more interesting.

At the age of 21, after graduating from University, Mutoba Ngoma took a leap of faith by becoming an entrepreneur. Inspired by a documentary he was able to delve into the energy sector and build Tapera industries.

From support to monetary investment, Temitope’s entrepreneurial ideas were championed by family first, making his transition from University into entrepreneurship a familial effort.

Njeri Rionge’s primary school days were spent selling vegetables in one of Nairobi’s busiest markets. What entrepreneurial skills did she master to make her the serial entrepreneur that she is today?

After graduating from high school, Wandile Zondo ventured into the world of entrepreneurship. With a vision to revolutionalise township streetwear, he built Thesis Lifestyle.

In her final year of University, Rapelang Rabana had a taste of the entrepreneurial world by starting a business with friends. Interestingly, this wasn’t her first time starting a business, as she had already been questioning the conventional pathway of getting a job.

While most students were focused on getting good grades in University, Musa and his friends were trying to develop ideas that made them self-proclaimed bosses. How did a boisterous University student catalyse on his love for business at the age of 20?

South African entrepreneur Baratang Miya began experimenting with entrepreneurship at the age of 14. Many years later, she’s inspiring young women and girls to see tech in a different light.

As a primary school student, Nthuthuko Shezi was already an entrepreneur and by the age of 21 had launched his first business. Now on business number 14 and counting, this serial entrepreneur shares how starting early can lead to multiple successes.

After graduating from University at the age of 24, Egyptian entrepreneur Dina el Mofty was on a mission to do something impactful. For this reason, she started her own business, Injaz Egypt.

Read all their profiles at anzisha.org/halloffame


Distributed by APO Group on behalf of Anzisha Prize.

About the Anzisha Prize:
The Anzisha Prize (www.AnzishaPrize.org) seeks to fundamentally and significantly increase the number of job-generative entrepreneurs in Africa. We test, implement, and then share models for identifying, developing, and connecting high potential, very young entrepreneurs (15-22 years old) – and their parents and teachers. These efforts will ensure our ecosystem’s collective success in creating a pipeline of entrepreneurs with the capabilities for scale. The Anzisha Prize is a partnership between African Leadership Academy and Mastercard Foundation.

About African Leadership Academy:
African Leadership Academy (ALA) (http://AfricanLeadershipAcademy.org.) seeks to transform Africa by developing a powerful network of entrepreneurial leaders who will work together to achieve extraordinary social impact. Each year, ALA brings together the most promising young leaders from all 54 African nations for a pre-university program in South Africa with a focus on leadership, entrepreneurship and African studies. ALA continues to cultivate these leaders throughout their lives, in university and beyond, by providing on-going leadership and entrepreneurial training and connecting them to high-impact networks of people and capital that can catalyse large-scale change. For more information, visit http://africanleadershipacademy.org.

About the Mastercard Foundation:
The Mastercard Foundation (www.MastercardFDN.org) works with visionary organizations to enable young people in Africa and in Indigenous communities in Canada to access dignified and fulfilling work.  It is one of the largest, private foundations in the world with a mission to advance learning and promote financial inclusion to create an inclusive and equitable world. The Foundation was created by Mastercard in 2006 as an independent organization with its own Board of Directors and management. For more information on the Foundation, please visit: www.mastercardfdn.org 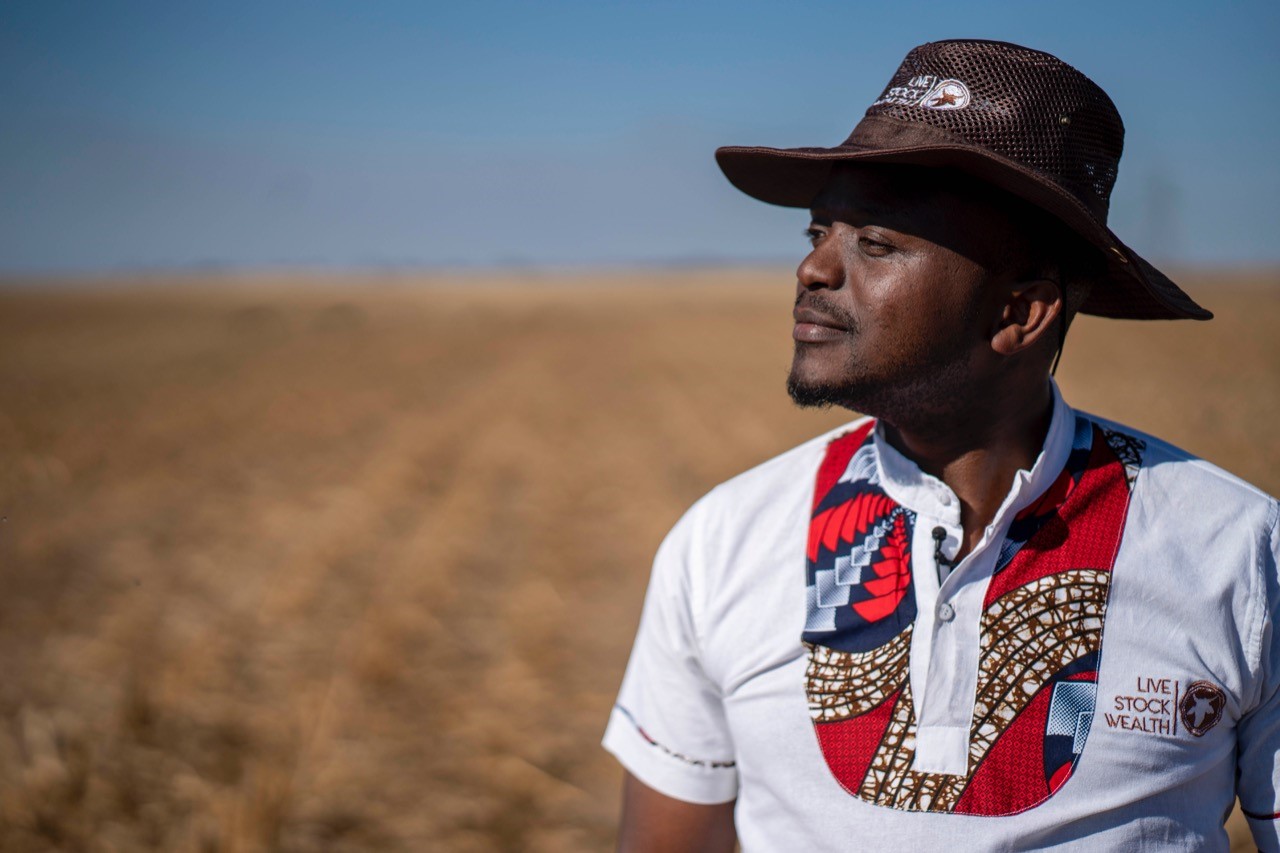 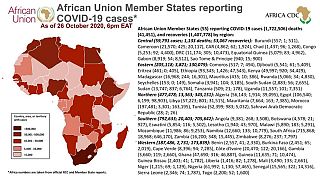 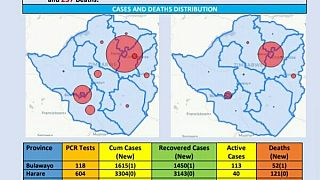 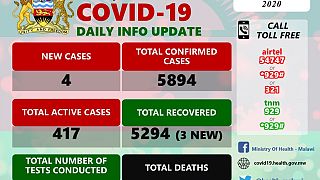