Imbokodo set sights on next season after Challenger Series cancellation

The cancellation of the inaugural Challenger Series event for women is a setback to their aspirations, but the Springbok Women's Sevens team will not give up on their drive to become a core team on the HSBC World Rugby Sevens Series.

That was the reaction from Imbokodo coach Paul Delport in response to the news that the Stellenbosch event, that was originally scheduled for 28-29 March at the Danie Craven Stadium but then postponed, has now been officially cancelled as World Rugby adjusted their tournament schedules due to the COVID-19 pandemic.

The Challenger Series for men was also cancelled, as well as the remainder of the HSBC World Rugby Sevens Series for 2019/20.

The Challenger Series was launched by World Rugby earlier this year to boost rugby sevens’ development across the globe, particularly in emerging nations, and this objective remains a key priority, providing a promotion pathway into the HSBC World Rugby Sevens Series.

There will be no promotion or relegation in the women’s series this year due to the cancellation of the inaugural Challenger Series event in Stellenbosch. This leaves the Imbokodo outside the 11 core teams and dependent on invites to play in World Series events.

“We are all fully respectful and supportive of World Rugby's decision,” said Delport.

“It does mean that we will only be able to contest for a core spot next season, which is not what we had planned for, but other teams such as China, Japan and Kenya are in the same position.

“We need to make the best of the extended time created by this and we are keen to do so.”

World Rugby Chairman Sir Bill Beaumont said in an earlier statement: “While it is extremely disappointing for players, fans, organisers and everyone involved to have to cancel these events due to the global COVID-19 pandemic, the health and wellbeing of the rugby community and wider society remains the number one priority.

“These difficult decisions have been taken following detailed consultation with our union partners and in line with advice from the various government and public health agencies around the world, given the global nature of the HSBC World Rugby Sevens Series.

“Rugby sevens is a key driver of global growth for our sport, particularly in emerging nations, and it firmly remains a top priority for our organisation. As we begin to see light at the end of the tunnel, 2021 has potential to be a very exciting year for rugby sevens with the Tokyo Olympic Games on the horizon.”

With the outstanding tournaments in Langford, Paris and Hong Kong cancelled, New Zealand was crowned champions. The full log of the HSBC World Rugby Sevens Series can be downloaded here (https://bit.ly/2Vw5zJY). 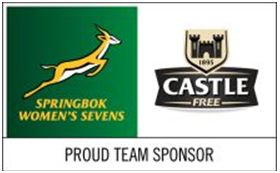