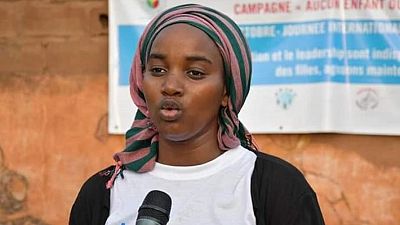 Several rapid assessments carried out by Save the Children in April, along with increasing anecdotal reports from staff, indicate that misinformation around how COVID-19 spreads is a concerning barrier to reducing infection rates of the disease.

Prejudice against those affected by the virus, including frontline health workers and diaspora communities and their families, is contributing to stigmatisation across sub-Saharan Africa and discouraging people from seeking healthcare if they develop symptoms.

The assessments found that:

These findings reflect recent findings from the Africa Centre for Disease Prevention and Control, which found that while COVID-19 awareness is high across the continent, significant misconceptions exist. These include 55.8% of people believing that you should avoid people who have recovered from COVID-19 to prevent the spread of the disease.

Save the Children fears that people who have had COVID-19 and their families could be at risk of similar levels of stigmatisation as those seen during the 2014-16 and 2018 Ebola outbreaks on the continent. During those epidemics, several people who had recovered from Ebola and their families were expelled from their community, and humanitarian workers were attacked. In addition, some children who lost parents to Ebola were reportedly shunned by their community and ended up living on the streets.

Save the Children is also concerned about the longer-term impact of misinformation and COVID-19 stigmatisation, including the potential breakdown of social cohesion and trust within communities.

“A friend shared with me her feelings following the death of her uncle, who had just came back from a Western country and was suspected of having COVID-19. While she was trying to cope with her pain and grief, people she had been with at the funeral kept calling her to find out whether she had the disease too. She felt harassed. She felt they didn't care about her and the painful time she was going through, but were only worried about being infected by her. Many of her friends and people who knew her ostracized her; she became the person to avoid. Eventually, the results showed her uncle was not even carrying the virus.”

“There are deeply concerning patterns emerging that are reminiscent of the stigmatization of people with Ebola, and before that, HIV and AIDS. Misinformation and myths about COVID-19 could delay the introduction and uptake of measures designed to slow and mitigate the spread of disease, which could see it spread faster, moving silently and hidden in communities. When communities receive the wrong information about an illness, it creates fear – in this case of others – and fear can lead to stigma, isolation, poorer health outcomes on individual and societal levels, and in some cases, violence.

“Children whose family members believed to have contracted, or recovered from COVID-19, and those from minority groups in their communities, are particularly vulnerable. We have already heard of cases where people are afraid to return to their communities because they fear being targeted as potential COVID-19 carriers.”

Save the Children’s teams are working with local community leaders to promote awareness of factual information and dispel myths and inaccurate rumours about COVID-19 among communities, as well as providing support on practices that can be adapted to local contexts to detect and manage cases of COVID-19. We are also engaging in community sensitisation to minimise stigma of children and families affected by COVID-19, that could increase their vulnerability to abuse and sexual and gender-based violence.

Save the Children is calling on governments and donors to invest in more widespread, proactive community engagement across Sub-Saharan Africa to dispel myths and misinformation about the new coronavirus. Efforts must be made to reduce stigmatisation of people who have had or who are suspected of having COVID-19, such as those who have spent time in quarantine or who have come from overseas.

Distributed by APO Group on behalf of Save the Children.
Media files