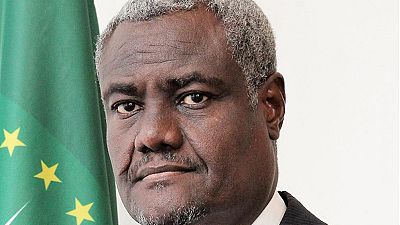 The Chairperson of the African Union Commission (https://AU.int/) Moussa Faki Mahamat strongly condemns the murder of George Floyd that occurred in the United States of America at the hands of law enforcement officers, and wishes to extend his deepest condolences to his family and loved ones.

Recalling the historic Organisation of Africa Unity (OAU) Resolution on Racial Discrimination in the United States of America made by African Heads of State and Government, at the OAU’s First Assembly Meeting held in Cairo, Egypt from 17 to 24 July 1964, the Chairperson of the African Union Commission firmly reaffirms and reiterates the African Union’s rejection of the continuing discriminatory practices against Black citizens of the United States of America.

He further urges the authorities in the United States of America to intensify their efforts to ensure the total elimination of all forms of discrimination based on race or ethnic origin.

Issued by:
The Spokesperson of the Chairperson of the Commission
Ebba Kalondo
Email: KalondoE@africa-union.org
Phone: +251911510512