Government starts to ease restrictions while number of people with COVID-19 surpasses 1,800

The number of people with COVID-19 is rising in Djibouti, with 2,047 cases confirmed on 21 May, according to the Ministry of Health. With a total population of around one million people, Djibouti is reportedly the country with the highest prevalence of the disease in the continent, according to the Africa Centre for Disease Control and Prevention, quoted by the media. Recent rains and floods across the country have affected more than 110,000 people and displaced many of them, increasing the risk of community transmission.

The Government announced on 10 May the gradual lift of COVID-19-related restrictions from 17 May, when the extended State of Emergency is expected to expire. Most business and economic activities will be allowed to resume, following specific guidelines, including the use of mask and social distance. The lockdown was imposed on 23 March, with all stores closed with the exception of food markets, pharmacies, banks and gas stations. Schools have also been closed, affecting 142,564 learners countrywide. Previously, the Government had already closed the airport for all commercial flights since 18 March, allowing cargo to operate normally.


Distributed by APO Group on behalf of Office for Coordination of Humanitarian Affairs (OCHA). 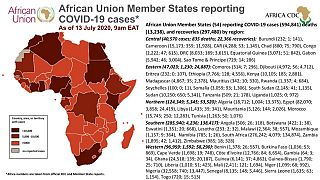 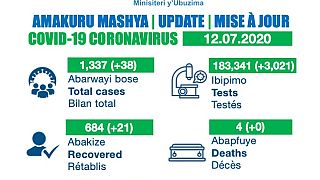