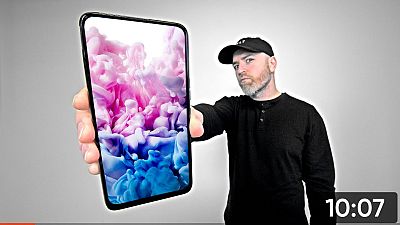 Unbox Therapy Youtube channel was produced by Lewis George Hilsenteger and Jack McCann with 16 million subscribers and its videos have received over three billion views. Since created in December 2010, Unbox Therapy has become the most popular and largest technology channel on Youtube. Unbox Therapy allows viewers to experience the pleasure of opening the newest technological items and not having to spend money on purchasing those items.

As a global leading premium smartphone brand, TECNO (www.TECNO-Mobile.com) is getting a lot of buzz on Youtube! Many fans have requested bloggers to unbox a TECNO product! TECNO CAMON series caught the attention of Unbox Therapy as soon as it hits the market.

A lot of fans shared their comments on this unboxing video: “Where we west African people, TECNO is at this moment our iphone”, “This CAMON 15 smartphone actually make sense”, “the African Giants that‘s going global“.

Thanks to years of brand and technology accumulation, TECNO has received high recognition from more and more consumers in emerging markets and even from European and American media, industry bloggers and photographers. With continuous product upgrading, TECNO will certainly help more and more users to enjoy the good life brought by technology and innovation!