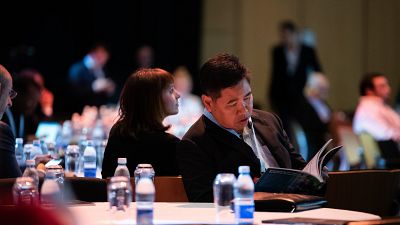 Through the Africa Energy Series Special Report: Gabon 2020, Africa Oil & Power (www.AfricaOilandPower.com) is highlighting extensive investment opportunities in the Gabonese oil and gas sector; Gabon has an ongoing licensing round during which 12 production and sharing agreements have been signed with historic and new players; Natural gas has been identified as a key development driver for Gabon’s hydrocarbons sector.

In line with Gabon’s aim to attract more oil and gas explorers, Africa Oil & Power (AOP) has launched the Africa Energy Series Special Report: Gabon 2020 as a resource for investors and companies looking to expand operations into Gabon’s oil and gas sector.

Available for free download on AOP’s website, the 14-page report – which highlights Gabon’s oil and gas sector – provides a concise view of Gabon’s investment opportunities amid an ongoing licensing round for most of Gabon’s offshore open blocks.

As an historic producer in Africa, with first oil produced in 1956, Gabon saw peak production in 1997. 2020 is marked as a decisive year in Gabon’s oil production history. Twelve exploration licenses have been signed during the country’s 12th licensing round, which is ongoing and offered a total of 35 blocks. The renewed attractiveness of Gabon’s oil sector is explained in the report, including a new oil and gas code; increased focus on natural gas development and an agreement with the International Monetary Fund to revitalize Gabon’s economy, thus increasing international confidence in the country’s development.

“Despite global threats posed by COVID-19, Gabon is committed to breathing new life into its high potential oil and gas sector. Strategically positioned in the Gulf of Guinea, with a long history of oil exploration and production and strong ambitions for the future, Gabon is set on the right track. The next few months will be key as we emerge from the global pandemic, but Gabon can count on strong partners down the way,” expressed James Chester, Acting CEO of Africa Oil & Power.