Hosted by Curt Gowdy Media Award-winning ESPN analyst Jay Bilas, the conference will take place virtually for the first time on Friday, May 15 from 6 p.m. to 8:45 p.m. CAT. It will be livestreamed on the NBA App, NBA.com and https://Jr.NBA.com/ and across the NBA and Jr. NBA’s Facebook, Twitter and YouTube accounts.

Shifting from an in-person forum to a free virtual event in response to the coronavirus pandemic, the Jr. NBA Leadership Conference will bring together members of the youth basketball community – including coaches, program administrators, partners, players and parents. Fans from around the world will also join for discussions with the game’s leaders and public health experts on topics related to the current state of youth sports.

This year’s lineup will feature opening remarks by NBA Commissioner Adam Silver followed by a series of conversations, audience Q&As and panel discussions, including a one-on-one conversation between Curry and Burke.

“Like so many parts of the sports world, the youth basketball community has come together to assist one another during this challenging time, and we look forward to deepening the connection between youth coaches, families and the NBA and WNBA through this conference,” said NBA Senior Vice President, Head of Youth Development David Krichavsky. “We are excited to convene leaders from across the sports and public health sectors to lead meaningful and interactive conversations, discuss best practices in youth development particularly during times of uncertainty, and answer questions from basketball stakeholders around the world.”

Dr. Murthy will discuss ways to promote physical and mental wellness among youth during this time of distancing, and Retired General Martin E. Dempsey, the Chairman of USA Basketball and the Jr. NBA Leadership Council, will lead a conversation on leadership in challenging times.

The event will conclude with a 15-minute virtual, live basketball clinic demonstrating drills and exercises that boys and girls can complete at home and in limited space to stay active and develop their game in a safe and healthy way. Launched in response to the coronavirus pandemic as part of NBA Together, Jr. NBA at Home (https://on.nba.com/2SE01Mg) is an interactive content series in which NBA and WNBA players help young players around the world stay active and connected to the game. In addition to the daily videos published across Jr. NBA social media channels, fans can access longer-form content through “Jr. NBA at Home Workouts (https://bit.ly/3fjiJT4),” 15-minute videos starring NBA or WNBA players every Tuesday at 2 p.m. ET on the NBA’s YouTube page.

After the conference, the NBA will continue the youth sports conversation through the new Jr. NBA at Home podcast, a 12-episode weekly coaching development series featuring special guests from the NBA, WNBA or youth basketball community, as well as Jr. NBA Live Coaches Hangouts, which are weekly virtual meetings for youth basketball coaches and program administrators to connect as a community on a regular basis and exchange basketball and life skills development resources, learnings and best practices.

Click here (https://bit.ly/3dne0y3) for more information about the Jr. NBA Leadership Conference powered by Under Armour, including details on how to register.

About the NBA:
The NBA (https://www.NBA.com) is a global sports and media business built around four professional sports leagues: the National Basketball Association, the Women’s National Basketball Association, the NBA G League and the NBA 2K League. The NBA has established a major international presence with games and programming in 215 countries and territories in 47 languages, and merchandise for sale in more than 100,000 stores in 100 countries on six continents. NBA rosters at the start of the 2019-20 season featured 108 international players from 38 countries and territories. NBA Digital’s assets include NBA TV, www.NBA.com, the NBA App and NBA League Pass. The NBA has created one of the largest social media communities in the world, with 1.8 billion likes and followers globally across all league, team, and player platforms. Through NBA Cares, the league addresses important social issues by working with internationally recognized youth-serving organizations that support education, youth and family development, and health-related causes. 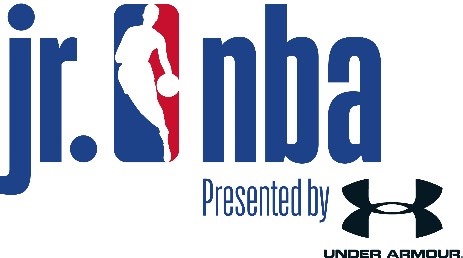