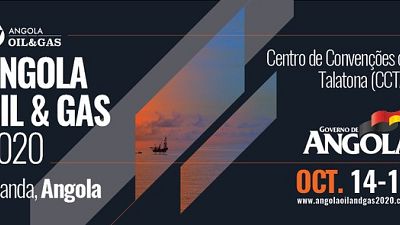 The second edition of the Angola Oil & Gas (AOG) Conference & Exhibition 2020 will officially take place on October 14-15, 2020. The new dates come after Angola’s Ministry of Mineral Resources, Petroleum and Gas, together with event organizer, Africa Oil & Power (AOP), took vigilant action to keep delegates, speakers and participants safe during the COVID-19 pandemic and postponed the event.

“We have been monitoring the global COVID-19 pandemic closely and felt that it would be in everyone’s best interest to push the dates of the conference to the end of the year. Despite COVID-19’s impact on the global energy industry, confidence in Angola’s oil and gas sector remains on an upward trajectory,” says James Chester, Acting CEO of AOP.

The reappointment of H.E. Diamantino Pedro Azevedo as Minister of Mineral Resources, Petroleum and Gas by Angolan President H.E. João Lourenço, coupled with the work that has been put into reviving Angola’s energy sector over the last few years, represents a continued vote of confidence in the country’s oil and gas sector.

“With new projects coming on stream, an upcoming licensing round and the launch of gas monetization initiatives, to name a few, confidence in Angola’s energy sector is at an all-time high, spearheaded by government’s initiatives to continually progress the industry,” Chester adds.

Under the theme ‘New Era of Growth and Prosperity in Angola,’ the Ministry of Mineral Resources, Petroleum and Gas aims to promote and attract foreign direct investment in what is one of Africa’s biggest economies.

AOG 2020 will also feature key industry players such as ENI, who is currently developing the Agogo field in Block 15 / 06, offshore Angola with partners Sonangol P&P and SSI Fifteen Limited. Production currently stands at approximately 10,000 barrels of oil per day (bpd) and is expected to increase to 20,000 bpd in the near future.

Angola’s national oil company Sonangol, which is currently undergoing a restructuring phase, will also be in attendance.