Coronavirus: In Madagascar, a social protection response is launched in urban and suburban areas to aid families and their children during Covid-19 pandemic

The Government of Madagascar has launched a social protection programme to assist families impacted by the Covid-19 outbreak through the use of unconditional cash transfers in urban and suburban areas.

Even while a partial re-opening of previously locked down areas is underway, allowing people to resume their economic activities for half a day (from 6 am to 1 pm), thousands of vulnerable families remain at risk.

Nearly 189,400 households from the 769 fokontany (sub districts) of the eight districts of Antananarivo, Toamasina and Fianarantsoa will benefit from the programme, called TOSIKA FAMENO, as part of the Malagasy Government’s Strategic Social Emergency Plan for Covid-19.

The beneficiaries of TOSIKA FAMENO, identified at the fokontany level and registered in the list of beneficiaries established by the respective municipalities, are very poor and vulnerable families, those most exposed to a risk of food insecurity as well as those whose income is interrupted because of the lock down. Under the programme, each identified household will receive 100,000 ariary per household (USD 26), for one month, and payable in one installment. Payment of transfers to beneficiary households will be made by mobile money or voucher to limit the risk of contact between people. And, beneficiary households can then, if they wish, recover their cash transfer from payment agencies such as mobile operators, or the postal service.

“Several thousand families, living on a daily wage basis and whose professional activities are suspended following containment measures, are today deprived of resources. The establishment of a social assistance system will not only allow them to make up for the loss of their income, but also to support their nutritional needs,” declared Lucien Irmah NAHARIMAMY, Minister of Population, Social Protection and Promotion of Women. “The Government is grateful to be able to count on its many partners for having implemented the social emergency plan as soon as possible. “

The Malagasy State has used its technical and financial partners, namely the World Bank through the Development Intervention Fund (FID), the World Food Program (WFP), the United Nations Development Fund (UNDP), UNICEF, the European Union, the Malagasy Red Cross, CARE and Action Against Hunger (ACF), to carry out this operation. 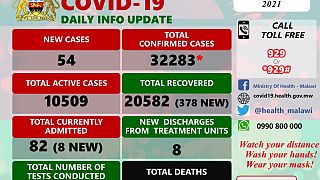 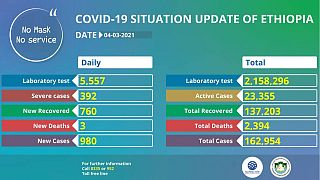 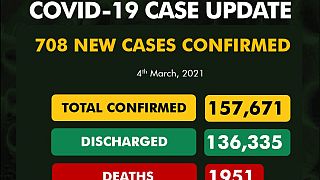