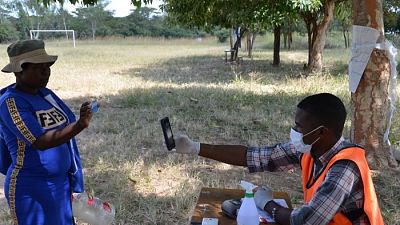 African and European leaders have called for the World Food Programme (WFP) to spearhead the humanitarian response to COVID-19 in Africa, inviting an immediate moratorium on debt and unprecedented health and economic aid packages — otherwise “the pandemic will hit Africa particularly hard, prolonging the crisis globally”.

Angela Merkel and Emmanuel Macron were among 18 signatories recommending a stimulus package of US$100bn for the continent, in a letter published in the *Financial Times *on Tuesday (14 April), along with Moussa Faki, chair of the African Union Commission, and South African president Cyril Ramaphosa.

The aim is to “give African countries the fiscal space they need to devote more public health resources to fighting the virus, while mitigating its economic and social consequences,” the leaders said. The vast majority of the 97 million people to whom WFP provides food assistance live in Africa.

“We must answer the UN secretary-general’s call for an ambitious humanitarian initiative for Africa, based on the Covid-19 Global Humanitarian Response Plan, and deliver vital food and logistical supplies to communities most affected by lockdowns, social distancing and high contamination rates,” the letter stated. “That includes to refugees, migrants and internally displaced persons.”

Erika Joergensen, WFP’s Regional Director for East Africa, praised the world leaders’ intervention. “This kind of true, selfless and determined leadership, resolve and a strong call to action is vital if we are going to win the battle against this pandemic in Africa,” she said.

Joergensen said the number of food-insecure people in East Africa is likely to increase from 20 million “to between 34 to 43 million during the next three months due to COVID-19 and its consequences”. She added: “Poor people living in urban slums, refugees in camps, internally displaced people and children whose schools are closed — so they miss their school meals — are especially at risk. We have no time to lose.”

Her view is echoed by Lola Castro, WFP’s Regional Director for Southern Africa, who fears COVID-19 will “dramatically deepen and widen already severe hunger”. She said traditionally, that region’s “most food-insecure people have been those who produce most of its food — subsistence farmers all too dependent on a single, increasingly erratic rainy season, many of whom can no longer get to their fields, or to market.”

Castro pointed to a “new worry … the tens of millions of people in urban areas who’ve long lived hand-to-mouth, and are suddenly destitute. We’re scaling up, and we need the international community to support us”.

Success in fighting the spread of virus requires an international effort, the letter said, inviting institutions such as the World Bank and IMF, along with governments and NGOs, to look at how they might work to mitigate “huge costs to health systems, economies and livelihoods”.

Leaders also called on the World Health Organization (WHO) “to support a pan-African scientific and political mechanism that will co-ordinate African expertise with the global response to ensure a fair allocation of tests, treatments and vaccines as they become available.”

The letter concludes: “This crisis has shown how interconnected we all are. No region can win the battle against COVID-19 alone. If it is not beaten in Africa, it will return to haunt us all. So let us work together, including with our G7 and G20 partners, to end the pandemic everywhere and build resilient health systems to keep our peoples safe in the future.”

On Tuesday, WFP launched the Addis Ababa Humanitarian Hub, part of a United Nations initiative to scale up procurement and distribution of PPE and medical supplies for the COVID-19 response, with guidance and support from the Government of Ethiopia.

A team of 25 WFP aviation and logistics staff are based at Bole International Airport, managing the 24-hour operation. In collaboration with the Africa Centres for Disease Control and Prevention, WFP organizes warehouse space for dry and cold storage cargo, while Ethiopian Airlines handles most of the scheduling for the medical and protective gear that is flown to destinations across Africa. 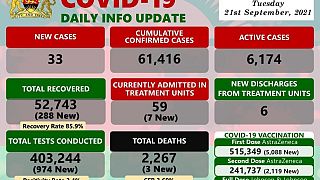 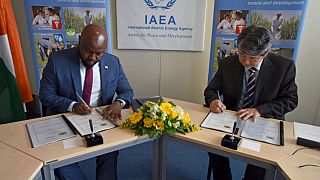