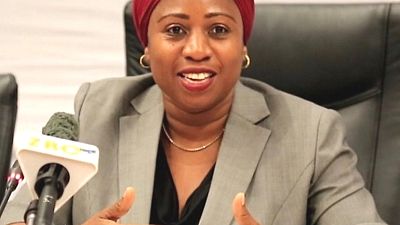 A total of 289 people had completed a 14-day mandatory quarantine and they were released by the government to join their families and other daily activities after they tested negative of the pandemic virus.

Official statistics issued by Public Health Emergency Operation Centre of the Ministry of Health, Community Development, Gender, Elderly and Children over the weekend, also showed that a total of 146 people were under mandatory 14-day quarantine.

The Ministry also revealed that, currently, 389 people are being closely followed up.

The mandatory quarantine for travellers coming into the country from the most affected areas, wants them to undergo self-isolation for 14 days on arrival at their own cost(s). The directive also applies to all Tanzanians arriving from virus-hit countries.

The Government insists that on arrival, all travellers must fill in a health surveillance form and will be subject to intensive health screening.

Also, members of the public have been advised to avoid non-essential travel to COVID-19 affected countries, while the government has banned issuance of travel permits to all civil servants to countries that have reported to have Coronavirus cases.

According to Government sources, 16 other patients are responding well to the treatment and could make full recovery soon.

To check Coronavirus spread in Tanzania, President John Magufuli on March 16, suspended Uhuru Torch race for 2020, as a precautionary measure and ordered that its funds instead be directed to the preparation and improvements of health facilities responsible for handling possible Coronavirus cases.

The following day on March 17 and 18, the Prime Minister Kassim Majaliwa and the Minister responsible for Health Ms. Ummy Mwalimu in different platforms, issued directives on further strengthening prevention by closing all Primary, Secondary, Colleges and Universities for a period of 30 days.

On the same breath, the Government banned all public gatherings including seminars, forums, and festivals as well as any sports activities including leagues to convene within the same timeframe.

Coronavirus disease spreads primarily through contact with an infected person when they cough or sneeze. It also spreads when a person touches a surface or an object that has the virus on it, and then touches their eyes, nose, or mouth.

The disease causes respiratory illness (like the flu) with symptoms such as a cough, fever, and in more severe cases, difficulty breathing.