The Federal Government has released 10billion Naira grant to Lagos State to increase its capacity to respond to the COVID19 outbreak.

This was made known by the Honorable Minister of Health,  Dr Osagie Ehanire, in a press briefing held at the Ministry's Headquarters today, 27th March 2020.

The Minister said, the sum of 5 billion Naira special intervention fund had also been released to NCDC to equip, expand and provide personnel to its facilities and laboratories across the country. The Federal Government, the minister stated ,has also through  the Nigerian Air Force (NAF) made provisions to bring back essential  NCDC staff who had been away on trainings and cannot return to Nigerians due to Instituted measures in other countries.

The Minister disclosed that in the last 24hours, 14 new cases had been recorded. 12 in Lagos, one in Bauchi State and the FCT. This he said, brings a total of 65 confirmed cases of Coronavirus disease COVID-19 in Nigeria, of which 44 are in Lagos, 11 in FCT. 3 in Ogun, 2 in Bauchi and one each in Ekiti, Oyo, Edo, Osun and Rivers States.

Dr. Ehanire stated that, of the 65 cases, 40 had immediate travel history to one or more of the Coronavirus affected countries in the last two weeks, 10 are confirmed close contacts of confirmed cases,  6 had neither a recent travel history nor a known contact and 6 were detected on an off shore oil vessel. He further revealed that, 3 persons had been  discharged from treatment  and one fatality was recorded. The Minister affirmed  that 61 presently active cases are clinically stable with one mild or moderate symptoms.

The Hon Minister  hinted that, Lagos State is currently  the epicenter of COVID-19 outbreak in Nigeria, stating also that the Lagos state government and the ministry of health had scaled up their response activities as the Nigeria Centre for Disease Control supports them as well as other affected states, through the rapid response teams deployed.

The minister emphasied that health facilities and health workers at all levels should be on high alert and maintain a high index of suspicion to give full cooperation to contact tracers everywhere. He added that while train stations, land boarders and international airport remained closed, precautionary measures should be taken by FG to protect the sea Port.

The Honorable Minister emphasized on the containment strategy of social distancing which he said had been repeatedly announced. He added that:

●   Directives had been issued at Federal, National and State levels to limit large gatherings, including religious social and political gatherings, school events etc.

●  A circular had been issued by the Head of Civil Service of the Federation (HCSF) directing public servants on grade level 12 and below on non-essential roles to work from home.

● The Federal Ministry of Health is working closing with State and the Presidential Task Force on COVID-19 to review response activities and to initiate measures to protect the health and wellbeing of Nigerians. The Multi Sectoral Emergency Operation Center (EOC), led by NCDC coordinates it and other national response activities

● NCDC has launched a WhatsApp APL, a free to use service to provide a central source of accurate, verified and current information on COVID-19 in Nigeria.

The Minister thanked Nigerians who had supported government effort to contain the pandemic and further advised them to regularly wash hands thoroughly with soap and water for at least 30 seconds, or use an alcohol based hand sanitizer and also to ensure good respiratory hygiene, avoid congregating and self medications. He informed that the use of chloroquine had not been officially validated.

The minister also emphasized that the NCDC hotline is available 24/7 and toll free and that various state also have hotlines that could be called for direct state specific questions on COVID-19 while urging citizens to use them legitimately for reporting and enquiries.

Distributed by APO Group on behalf of Federal Ministry of Health, Nigeria. 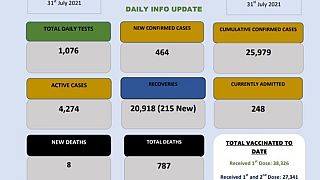 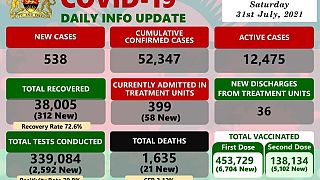 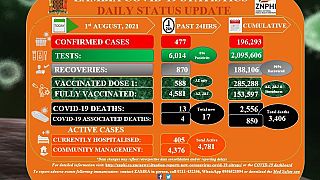