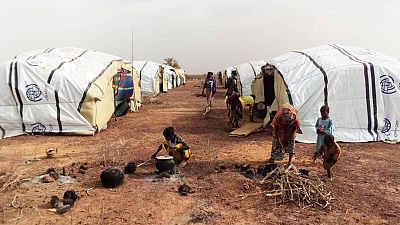 Amid the current COVID-19 outbreak in Burkina Faso – the country most affected by the crisis in West Africa – the International Organization for Migration (IOM) is increasingly concerned about the impact the disease could have on those already severely impacted by the ongoing humanitarian crisis.

IOM is scaling up its response, recently providing 100 emergency shelters to some 700 internally displaced persons (IDPs) and Malian asylum seekers in the north of the country. Many of those forced to flee from violence in Mali in 2019 and 2020 have been doubly displaced since seeking refuge in Burkina Faso last year.

“We are concerned that increased displacement creates a fertile ground for more tensions among the population and leads to a spill-over of the conflict in new areas,” said Abibatou Wane, IOM Burkina Faso Chief of Mission.

Burkina Faso has reported 152 cases of COVID-19, and four deaths, since the disease reached its territory. Thus far, no COVID-19 case has been reported in any displacement site.

In its 2020 response plan, IOM appealed for USD 30 million to provide immediate assistance to populations in northern Burkina Faso. The Organization has already begun to provide emergency shelters and psychosocial support in the Centre Nord, Sahel and Nord regions.

A deadly attack earlier this month (07/03) in the northern villages of Barga, Dinguila-Peulh and Ramdolla-Peulh left 43 people dead and seven severely wounded. Many others fled – displaced to Ouahigouya, the region’s capital.

Nearly three weeks after that attack, more than 6,000 people from surrounding villages today also are displaced. This number comes on top of the almost 52,000 internally displaced persons registered in the region by the country’s National Council for Emergency Relief and Rehabilitation.

An additional 3,000 persons are expected to arrive in Ouahigouya in coming days.

“Despite collective advocacy efforts, the necessary additional resources are yet to be made available to implement life-saving interventions in Ouahiguya,” warned Wane.

The majority of IDPs in the region do not have relatives in the affected areas and lack access to housing in host communities. They are seeking shelter among populations already struggling to meet their own basic needs. There is an urgent need for food, emergency shelter, water, sanitation and hygiene (WASH) services, health and psychosocial support, and protection activities.

“People who fled their villages and the frontline of the conflict are now living in dire conditions in the temporary collective site in Ouahigouya and surrounding host communities,” Wane concluded.

To face this current situation, local and national authorities have identified a temporary site to host the newcomers. With over 780,000 IDPs recorded nation-wide, it is of utmost importance that national partners working with IOM invest in collective site management, social cohesion and community stabilization.

This support is made possible thanks to the United States Bureau of Population, Refugees, and Migration (PRM). 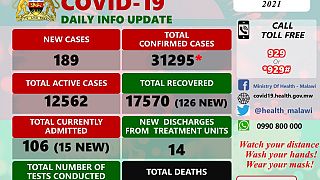