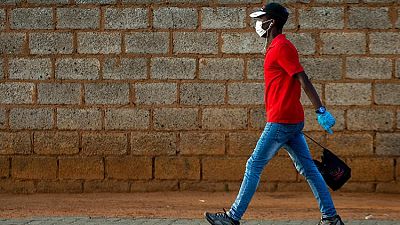 The Committee to Protect Journalists expressed concern over newly passed regulations in South Africa that criminalize disinformation about the COVID-19 pandemic and could potentially prompt other countries to adopt more repressive rules and censorship against the press.

Yesterday, the South African government enacted new regulations, which CPJ reviewed, criminalizing statements intended to deceive any person about COVID-19 or the government's response to the pandemic. The regulations were published in the Government Gazette under the 2002 Disaster Management Act and carry penalties including fines, imprisonment, or both.

“The COVID-19 pandemic must be taken seriously, but passing laws that emphasize criminalizing disinformation over educating the public and encouraging fact-checking present a slippery slope and send the wrong message to other countries that may be less measured in drafting such laws,” CPJ Africa Program Coordinator Angela Quintal said today. “South Africa’s post-apartheid commitment not to criminalize information has been a beacon for press freedom across Africa, but these new regulations have the potential to dim that light, opening up the possibility of abuse and limitations on vital information and facts.”

South African media lawyer Dario Milo told CPJ that while the new regulations allow for prosecution only of malicious falsehoods about COVID-19, criminalizing disinformation was generally undesirable. The regulation, however, would likely be legally defensible, Milo said.

In a joint statement on March 19, David Kaye, the UN Special Rapporteur for the promotion and protection of the right to freedom of opinion and expression, and his counterparts in the OSCE and IACHR, said they shared the concern that false information about the pandemic could lead to health concerns, panic, and disorder. However, they stated that it was essential that governments should first address disinformation by themselves providing reliable information.

Resorting to other measures, such as censorship, could result in limiting access to important information for public health and should only be undertaken where they met the standards of necessity and proportionality, they said. “Any attempts to criminalize information relating to the pandemic may create distrust in institutional information, delay access to reliable information and have a chilling effect on freedom of expression,” the statement said.

Download logo
A man wearing a surgical mask and gloves to protect himself from the coronavirus, walks on a street in Soweto, South Africa, Thursday, March 19, 2020. For most people the virus causes only mild or moderate symptoms. For others it can cause more severe illness, especially in older adults and people with existing health problems. (AP/Themba Hadebe) 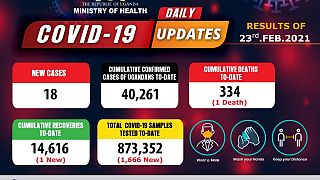 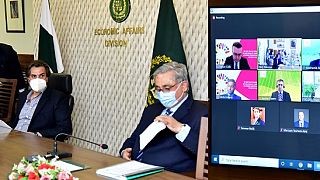