FAO Director-General QU Dongyu today welcomed a $10 million donation from the Bill & Melinda Gates Foundation to support the fight against the Desert Locust upsurge in East Africa as the UN agency expanded its appeal.

The Bill & Melinda Gates Foundation said its donation would assist FAO as it supports governments in Ethiopia, Kenya, and Somalia to combat  locust infestation that is posing a significant threat to food production and livelihoods in the region.

“I want to thank the Bill & Melinda Gates Foundation for its generous support as the Desert Locust threatens to provoke a humanitarian crisis,” Qu said.  “I urge other donors to follow their lead so we can protect rural livelihoods and assist farmers and their families.”

The latest locust outbreak is the worst to strike Ethiopia and Somalia for 25 years and the worst infestation that Kenya has experienced in 70 years.

According to FAO's Desert Locust Watch, Djibouti and Eritrea are also affected, and swarms have spread to the south east of South Sudan and the northern edges of Uganda and Tanzania and as far as the south-west coast of Iran.

FAO has now raised its appeal to $138 million, from the initial $76 million a month ago, in urgent funding to assist the countries that have been impacted. So far $33 million has been pledged or received.

Qu said the situation was extremely alarming and the next few weeks would be critical for mounting an effective containment operation.

“The upsurge is threatening people's livelihoods and food security in a region that is already seriously food insecure,” he said. “There is no time to waste.”

The Desert Locust is considered the most destructive migratory plant pest in the world and a small swarm covering one square kilometer can eat the same amount of food in one day as 35,000 people.  Under the right weather conditions, they reproduce rapidly and the population could multiply 500 times in the next six months.

Pasture and croplands have already suffered damage in East Africa and there are potentially severe consequences for the region where millions rely on agriculture and livestock rearing for their survival.

The Bill & Melinda Gates Foundation's support is intended to help FAO and national governments confront the critical  need for rapid control of the infestation, including aerial control of large swarms.

FAO is already helping governments and other partners with monitoring and surveillance and coordination assistance during control operations.

The UN agency is also preparing to take action to protect rural livelihoods by providing affected growers with farming packages, veterinary care for livestock, and cash to families who have lost their crops so that they can purchase food. 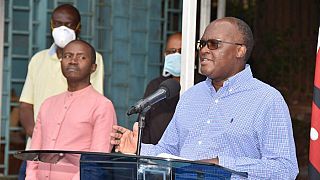 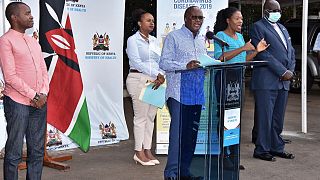 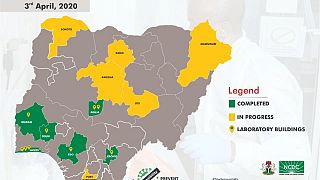