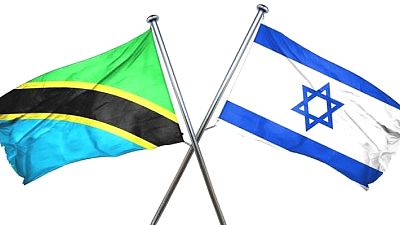 Israel has seconded the government's move to relocate its base to Dodoma, with the Middle Eastern nation pledging to support development projects in the newly-designated capital city.

Israel Deputy Ambassador, Mr. Eyal David made the statement ahead of an event to inaugurate a state-of-the-art Intensive Care Unit (ICU) at the Benjamin Mkapa Hospital in Dodoma, today.

For the first time in history, Tanzania opened an embassy in the Middle Eastern country in May, 2018 -the decision which solidified the East African nation’s commitment to cement her bilateral relationship with Israel.

The Western Asia country has built the ICU in supporting the country's health sector and a gesture of supporting the reloca tion of government to Dodoma, sitting at the heart of Tanzania.

The ICU was constructed with funding from the State of Israel and MASHAV (Israel's Agency for International Development Cooperation) to ease the process of delicate healthcare to patients.

In an exclusive interview with the “Daily News” on Wednesday in Dar es Salaam, Mr. David said doctors from Israel will be conducting training to local people on the operation of the new facility.

He said the project was also implemented as a result of the flourishing relationship between President John Magufuli's government and the State of Israel.

“What we are doing at the Benjamin Mkapa hospital is a gesture of how deep our relationship is,” he stated.

Apart from Benjamin Mkapa hospital, Israel has been one of the big supporters to Jakaya Kikwete Cardiac Institute (JKCI) in Dar es Salaam.

Through Israel Non-Governmental Organisation called Save A Child Heart, the Asian country has been deploying its specialist doctors to conduct heart surgery to Tanzanian children.

For instance, in 2018, a team of 30 doctors came to Tanzania and operated several children.

“The doctors in Israel and their Tanzanian counterparts have fostered great relationships,” he said, noting that Israel's support towards the health sector was just the beginning.

“We have plans for doing more together with Tanzanians. And this is not just government to government but it would go further down to people to people relations,” he assured.

He explained that Tanzania was among the chosen few African countries that Israel is determined to foster strong bilateral relations.

Bilateral ties between Israel and Tanzania were severed following the 1973 Yom Kippur War. Relations were reestablished in 1995, but Israel still conducted its relations with Tanzania via Nairobi in Kenya.