African Wrestling Championship: 75 medals, including 22 in gold, 2nd place by team for Algeria

The Algerian teams of associated wrestling won 75 medals (22 gold, 30 silver and 23 bronze) and ranked second in the team ranking, ahead of the sixth and last day of the African cadet, junior, senior and women’s championships, organized from 4 to 9 February at the Cupola of the Mohamed-Boudiaf Olympic Complex in Algiers.

The sixth and last day allowed Algeria to end this African meeting in apotheosis, thanks to the performance of the freestyle wrestling athletes (seniors) who won nine medals (3 gold, 2 silver and 4 bronze).

Distributed by APO Group on behalf of Algerian Embassy in Helsinki. 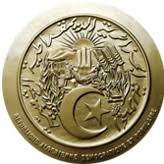