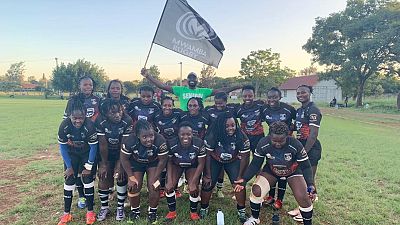 Stanbic Mwamba won the opening round of the KRU Women's festival at the Kenyatta University, defeating Northern Suburbs 19-0 in a hotly contested final on Sunday 9 February 2020.

Mwamba had earlier finished top of Pool C after stopping hosts Blad Babes 55-0 and Homeboyz 10-0.  Suburbs registered a 43-0 win over the RPS Twigas before edging Yamanashi Impala Saracens 12-5 to claim pole position in Pool B as Top Fry Nakuru topped Pool A with a 48-0 whitewash of Kisumu Dolphins which they followed up with a 45-0 result over Shamas Rugby Foundation.

Indeed it was Nakuru who were ranked first overall as the teams were reseeded for the semifinals while Mwamba, Suburbs and Homeboyz were ranked second, third and fourth respectively.

Kulabu had to dig deep to overcome Homeboyz 15-10 in their cup semifinal while Suburbs edged out tournament top seeds and overall festival champions Top Fry Nakuru 12-7 in the other semifinal.