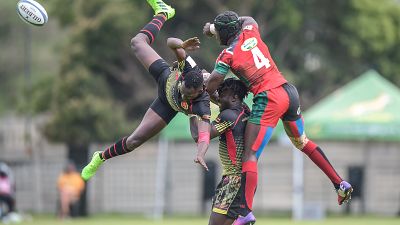 The two legs of the inaugural World Rugby Sevens Challenger Series will be played in South America in Viña del Mar, Chile (15-16 February, 2020), and Montevideo, Uruguay (22-23 February). The Uganda Rugby Sevens team qualified for these after coming second in Africa Rugby Sevens last year. Uganda was drawn in Pool C alongside Germany, Italy, and Paraguay.

‘’I would like to congratulate the selected team because their hard work has paid off. There is a full blend of talent and skill in the team named for the upcoming tournaments,some have been on the scene before and the new ones have also got some good exposure,so i am sure we are going to show the world how much talent we have in Uganda.’’ Captain Michael Okorach

The team will be flagged off by the government on Friday.