All eyes on Bloem for return Guinness PRO14 derby

An epic Guinness PRO14 derby between the Toyota Cheetahs and Isuzu Southern Kings is set to play out in Bloemfontein on Saturday, when both sides will target a victory at all costs.

While the Toyota Cheetahs are determined to register their sixth victory of the season to remain in third place in Conference A and gain some breathing space between themselves and the Glasgow Warriors on the log, the Isuzu Southern Kings are highly motivated to avenge their last minute 31-30 defeat last week against their countrymen.

Should the Free Staters register a victory, they will maintain their dominance against the men from Port Elizabeth in the tournament, which has seen them win all six encounters between the sides to date.

Toyota Cheetahs coach Hawies Fourie was adamant that his charges had to deliver a much better display at home to emerge victorious: “There were a lot of things going through my head in the last 10 minutes last week. I had three different speeches for the changeroom and the press, but I was just grateful we pulled it through.

“We played really well in the closing minutes and put up a fight to pull the game back, and I’m proud of that. But in saying that, we all know we need to improve and that will start with a win at home.

“We want to be in the playoffs, and we are currently third on the log, so it is in our hands to stay there. We have played a game less than Glasgow and things are back on track,” added Fourie.

The Toyota Cheetahs are likely to welcome back physical looseforward Jasper Wiese – who has served his three-week suspension for a dangerous clean-out at a ruck – and Fourie was excited by the prospect after a tough forward battle in the first half against the Isuzu Southern Kings last week.

“We missed him,” said Fourie. “He is a skillful player with power and speed, and he brings a lot to the table.

“They (the Isuzu Southern Kings) definitely won the contact battle in the first half, and we spoke about that at half time and made a bit of a step up in the second half.

“If we can just get a bit more continuity, play through more phases and stretch the defence, I am pretty sure we will get the line breaks and the tries we need.”

Isuzu Southern Kings assistant coach Braam van Straaten was still annoyed this week after his charges let slip a 30-12 lead in Port Elizabeth, and he emphasised the importance of good discipline and brute physicality to give them a chance of earning their second win of the season.

“We worked so hard to win that game and we were controlling the match and winning the battle, and then in the dying minutes we lost composure and gave it away,” said Van Straaten.

“We are determined to go to Bloemfontein and turn that result around this week. We need to go out and perform to the best of our abilities without getting pulled into too many incidents. Our job is to focus on the game. It will be very physical but within the rules.”

Van Straaten added: “Cards have been an Achilles heel for us, and we’ve been getting on the wrong side of the referee, so discipline has been a big focus for us this year.

“High tackles are getting less and less, and we need to maintain that improvement. It is also crucial that we don’t give away soft penalties that will allow them to get into our half.”

Divan Uys, who hails from the Northern Suburbs of Cape Town and is on the National Panel of referees at SA Rugby after a steady progression up the ranks in South Africa in recent years, will make his Guinness PRO14 refereeing debut with the whistle.

The 33-year-old Uys made his Currie Cup debut in 2019 when the Vodacom Blue Bulls took on Tafel Lager Griquas, and has international experience at age-grade level, having refereed in the U18 International Series last year, featuring South Africa, England, Wales, France and Argentina. 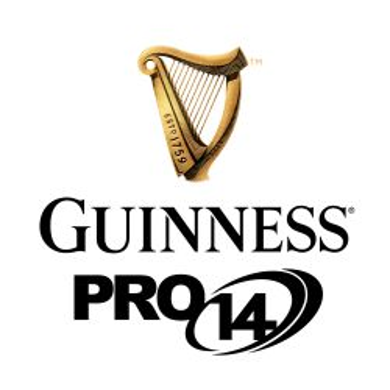