On December 20, 2019, the Executive Board of the International Monetary Fund (IMF) concluded the Article IV Consultation 1 with The Federal Democratic Republic of Ethiopia. At the same time, the Board approved three-year arrangements under the Extended Credit Facility (ECF) and the Extended Fund Facility (EFF) for Ethiopia; a press release on this was issued separately.

Ethiopia has sustained high economic growth over the last decade. Substantial progress on reducing poverty and improving social indicators has also been noteworthy. In 2018/19, real gross domestic product (GDP) is estimated to have grown by 9 percent, driven by manufacturing and services. However, performance of goods exports remained weak and foreign exchange shortages persist. Policies appropriately targeted at containing public investment and debt contributed to a further narrowing of the current account deficit to 4.5 percent of GDP and a reduction in public and publicly-guaranteed debt to 57 percent of GDP. Inflation remained elevated in double digits, largely due to higher food prices, though non-food inflation has also been trending upward. While revenues came in below target, cuts in expenditure contained the fiscal deficit to 2.5 percent of GDP, below budget.

The authorities have announced a Homegrown Economic Reform Plan, consisting of a mix of macroeconomic, structural and sectoral policies, to address vulnerabilities and tackle structural bottlenecks inhibiting private sector activity. The macroeconomic policy measures envisaged under the Plan to address external imbalances, debt vulnerabilities, and inflation are expected to contribute to a slower growth in real GDP of 6.2 percent in 2019/20. Public expenditure restraint and tighter monetary policy are expected to contribute to a gradual reduction in inflation. Reserves are expected to improve to around US$4 billion by end 2019/20, sufficient to cover 2 months of prospective imports, due to higher external financing flows, including from the Fund.

Over the medium term, macroeconomic and structural reforms announced by the authorities are expected to lead to a reduction in public debt, lower external vulnerabilities, and stronger growth, investment and exports. This outlook is subject to downside risks, in particular from domestic opposition to reforms ahead of the upcoming elections, rising protectionism worldwide, weaker-than-expected global growth, and climate-related shocks.

Executive Directors agreed with the thrust of the staff appraisal. They noted that Ethiopia’s growth model, driven by public investment, had supported rapid growth and remarkably improved living standards over the past decade. At the same time, it has led to a build-up of debt and external vulnerabilities. Directors highlighted the urgency of fundamental reforms to correct macroeconomic imbalances, ease structural bottlenecks, and lay the foundation for sustainable, inclusive growth led by the private sector.

To this end, Directors welcomed the ambitious Homegrown Economic Reform Plan, which is appropriately built around macroeconomic, structural, and sectoral reforms. They considered that the plan, together with the authorities’ strong ownership and commitment, deserves Fund support, which would help catalyze private investment and donor financing. Noting high implementation risks amid external vulnerabilities and political uncertainty, Directors underscored that steadfast determination, strong communication, and social protection would be key to obtain a broad-based public buy in. They also urged the authorities to seek additional debt reprofiling from external creditors to improve debt dynamics.

Directors supported a comprehensive approach to addressing the exchange rate overvaluation and foreign exchange shortages. They agreed with the priority placed on increasing exchange rate flexibility, reducing inflation, strengthening competitiveness, and rebuilding international reserves. They recommended a reform roadmap to transition to a market clearing exchange rate regime. Directors also supported monetary tightening, complemented by spending restraint by state owned enterprises (SOEs) and the phasing out of central bank financing of the government and the Development Bank of Ethiopia (DBE). Continued efforts are needed to modernize the monetary policy framework and further develop financial markets to deepen inclusion.

Directors stressed the need to reform SOEs to reduce public debt vulnerabilities and improve governance and transparency. In this context, it would be important to reduce SOEs’ borrowing, strengthen their financial positions, and prioritize investment activities. Immediate priorities also include an asset quality review of the Commercial Bank of Ethiopia, and a strategy to address the DBE’s non-performing loans and develop a sustainable financing model.

Directors called on the authorities to build on progress made in improving the AML/CFT framework, and further strengthen data quality.

It is expected that the next Article IV consultation with the Federal Democratic Republic of Ethiopia will be held in accordance with the Executive Board decision on consultation cycles for members with Fund arrangements. 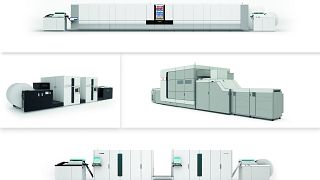