Lionesses to play at Langford Sevens 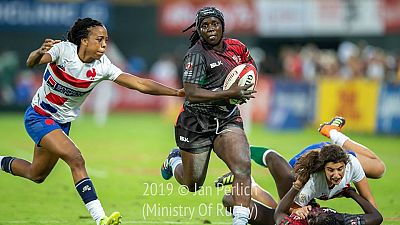 The national women's sevens team will feature as the invitational side at the second last leg of the 2019/20 HSBC Women's Sevens World Series, the Langford Sevens taking place on 2nd and 3rd May 2020 in Langford, Canada.

The Lionesses, who finished as runners up at last year's Africa Women's Sevens as well as the Dubai Sevens International Invitational Women's tournament will also play at the 2020 HSBC Women's Sevens World Series qualifiers set for 3rd to 5th April in Hong Kong.