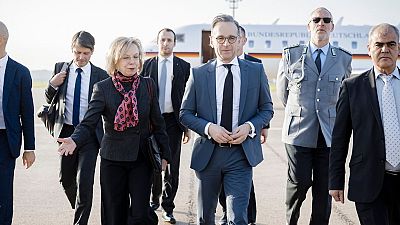 Following the Berlin Libya Conference, the priority now is to implement the decisions adopted there. To achieve this, it is important to involve Libya’s neighbouring countries and the region. That is why Foreign Minister Heiko Maas is travelling to Algeria and Tunisia.

It is less than a week since the Berlin Libya Conference took place, but a great deal has already happened. On Monday (20 January), the EU Foreign Ministers discussed the outcomes of the conference and possible ways for the EU to help implement them. The following day, UN Secretary-General António Guterres presented the conference decisions in the UN Security Council. The 5+5 Committee aimed at consolidating a ceasefire between the parties to the conflict is due to meet for the first time in the coming days under the chairmanship of the UN Special Representative for Libya. What still needs to be done is to involve Libya’s neighbours and regional partners. Foreign Minister Maas is visiting Algiers and Tunis today to this end. Prior to his departure, he issued the following statement:

“Many more obstacles lie ahead of us on the path towards a political process. It is therefore all the more important that we lose no time in implementing the process and make use of the momentum that has been generated. In Algiers today I will speak with Libya’s neighbouring countries about how we can join forces to bring about a peaceful solution to the Libya conflict.”

Threat to a fragile region

At the conference in Algiers, Maas wants to present the decisions adopted at the Berlin Libya Conference and to seek active support on the part of neighbouring countries for the UN’s endeavours to bring about a Libyan‑owned peace process. Further destabilisation of Libya also affects the already fragile situation in the entire Sahel region, which is suffering as a result of the activities of Islamist terror organisations.

The Algerian Government is hosting a regional summit on Libya in the Algerian capital Algiers for the neighbouring countries. Algeria has also been an important mediator in the region in the past. One reason why it is particularly active in its regional initiative on Libya is because it shares a land border of almost 1000 kilometres with the country. The instability in Libya has an impact on Algeria, whose government faces significant domestic challenges in addition to the tensions in the region.

Foreign Minister Maas will discuss the situation in Algeria with his Algerian counterpart Sabri Boukadoum. The country has experienced months of mass protests, with no change in this situation since the presidential elections in December 2019.

Neighbours and partners in the Security Council

Foreign Minister Maas will discuss the follow‑up process for the Berlin Libya Conference with Tunisia’s acting Minister of Foreign Affairs Sabri Bachtobji. The German Government sees Tunisia’s inclusion in the Berlin Process as crucial for the further implementation of the decisions adopted in Berlin. Tunisia borders Libya and has been a non‑permanent member of the UN Security Council since the start of 2020.

Maas has invited his counterparts to Germany for the first meeting of the Berlin Libya Conference International Follow Up Committee in February.