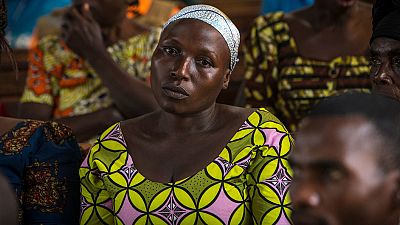 The recommendation follows an independent assessment into deadly attacks allegedly carried out by the Allied Democratic Forces (ADF) armed group during the latter part of last year, which sparked violent protests against the Government and the UN.

The assessment team—which included political, military and logistics specialists—sought to establish the circumstances surrounding the attacks in Beni, located in North Kivu province, as well as assaults in Mambasa territory in neighbouring Ituri province targeting the national and international response to the deadly Ebola virus outbreak.

Team members were evaluating the MONUSCO Force’s ability to deliver on mandated tasks that include civilian protection, neutralizing armed groups, and providing a secure environment for those tacking the ongoing Ebola outbreak in the region.

They found that presumed ADF combatants killed more than 260 people, mostly women and children, during November and December 2019 alone. Most of the attacks occurred at night.

“The high number of civilian casualties was one of the main triggers of violent demonstrations against MONUSCO in North Kivu, including the destruction and looting of a MONUSCO Office in Beni on 25 November,” said the team.

In addition to the joint strategy, the assessment team recommended that the UN and countries that provide troops to the mission coordinate action towards supporting the MONUSCO Force Intervention Brigade in better addressing the “unconventional threat” posed by the ADF, particularly in a challenging environment.

Furthermore, strengthened cooperation between MONUSCO and the Congolese Army and Police is critical to sustain the gains made by the Congolese forces during this latest offensive against the ADF.

The UN Department of Peace Operations is developing an Action Plan to implement the key recommendations of the assessment.

Download logo
Ebola survivors and other parishioners gather at a church in Beni, in eastern Democratic Republic of the Congo