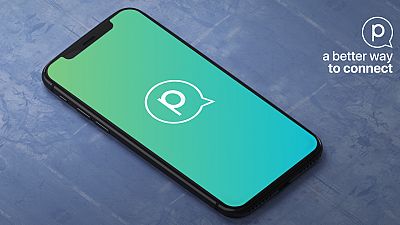 To celebrate its 5 million users on Google Play, Pinngle Messenger is giving away free minutes for its users to make international calls to landlines or mobile numbers in the U.S and Canada via Pinngle-out starting from January 21, 2020, till February 29, 2020.

Pinngle is a free messaging app that allows users to communicate safely and securely through text and high-quality voice and video calls among Pinngle to Pinngle users. The company’s mission is to build a better-connected world by making the highest standards of quality, reliability, and privacy accessible to everyone.

For an entire month, all Pinngle users will have the opportunity to make free 5-minute Pinngle-out calls per week from anywhere in the world to the U.S or Canada. The person using this free service will need to have an internet connection or data usage to make the call, however, the person receiving the call does not need to have Pinngle installed on their phone or even an internet connection.

Pinngle Messenger stated on its blog (http://bit.ly/36iIQE9) that all users will be able to make Pinngle-out calls without the need of registering credit card details into the app. The company also promises that all calls forwarded to the U.S and Canada will be crystal clear and of high quality.

Pinngle-out option is mainly used when the other side does not have a smartphone or Pinngle installed on their phone. This feature is known for its high-quality calls and cheap rates compared to regular international calls.

“We wanted to celebrate reaching 5 million users on Google Play by rewarding our users for their loyalty with Pinngle’s most used paid feature, Pinngle-out Calls, said Ara Ohanian, CMO of Pinngle. “We chose to give away free minutes to these destinations since the majority of our users make Pinngle-out calls specifically to the U.S and Canada.”

Pinngle can overcome online call blocking in regions with heavy internet censorship, such as the Middle East and Latin America. It also ensures full privacy with its data encryption. The app aims for worldwide accessibility by being functional on poor internet connections, including 2G networks. Apart from its private chat abilities, Pinngle also has Public Channels for users and influencers to share and discover content.

Pinngle Messenger (http://bit.ly/3awQHks) is available for download on the App Store and Google Play.

Distributed by APO Group on behalf of Pinngle Safe Messenger.

About Pinngle:
Pinngle (https://Pinngle.me/) is a secure messaging app that supports free messaging and high-quality voice and video calls. Created in 2016 by a small team of developers, Pinngle’s focus is on security and global accessibility. The app has over 5 million users, with a strong user base in the Middle East and East Asia, and increasing popularity in the US, Canada, and Italy. Pinngle is striving to be the most dependable messenger service worldwide.