During his visit, Gargash discussed ways of strengthening bilateral cooperation between the UAE and Sudan and providing support to the Sudanese government.

Gargash’s talks focused on the overall bilateral relations between the two countries and ways of developing them to achieve the interests of the Sudanese people.

The talks also highlighted the UAE’s keenness to strengthen its economic relations and trade cooperation with Sudan, including in the areas of food security, energy, and infrastructure.

Gargash affirmed the UAE’s interest in Sudan’s stability to achieve prosperity for its people and maintain peace and security.

In related press statements, Gargash said that the visit was positive and fruitful, stressing that Sudan is currently on the right path to becoming a success story and a model for the rest of the region.

He then pointed out that during his meetings, he felt the appreciation for the UAE's support for Sudan during its transitional period.

Gargash stressed that the UAE is committed to providing political support to Sudan and its people, adding that they must form an alliance of hope and optimism in the region to promote a positive vision based on creating opportunities for development and tolerance.

He also reiterated the UAE's support for efforts to maintain security in Sudan and protect the independence and stability of its state institutions.

The UAE is working with the Sudanese leadership to ensure the success of the country’s current transitional period, Gargash said in conclusion. 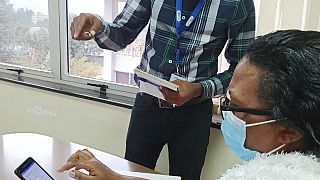