Announcement of Environmental Audit of Oilfields 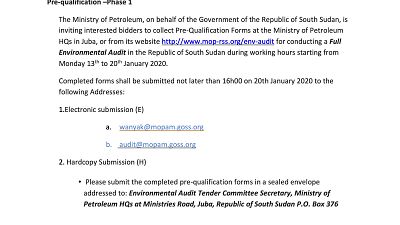 The Government of the Republic of South Sudan has announced a tender for a comprehensive environmental audit of all the country’s producing oilfields.

The Petroleum Act of 2012, enacted a year after independence, governs the oil sector in South Sudan. The Act is designed to better manage the environmental impact of the sector after years of neglect prior to independence, and the resulting pollution.

Civil war also prevented the proper management of the environment, based on environmentally, socially and economically sustainable principles.

South Sudan is now faced with the challenge of balancing developmental needs with the spirit of environmental protection enshrined in the Petroleum Act. The sector has in the past caused a loss of grazing land, deforestation, soil and water contamination, and health issues in and around oil-producing areas.

President Salva Kiir, writing in the South Sudan First State of Environment and Outlook Report in 2018, explained the country’s desire to become the bread basket and economic powerhouse of East Central Africa.

Ahead of any new exploration and drilling the government has committed to conducting an environmental audit. Minister of Petroleum, Hon. Awow Daniel Chuang, explains that understanding the pollution damage will allow the country to put systems in place to prevent further damage as the country looks to ramp up production.

At a media briefing late in August 2019 in Juba, President Salva Kiir warned that his government would be taking a stronger stance against pollution in oil-producing areas. And while the government is eager to welcome new exploration and production, companies would be held to a high standard. The era of “bad business” was coming to an end.

He warned, “I will not tolerate irresponsible activities in the oil sector.”

An international independent organization will now be appointed to conduct the audit, mandated to suggest best practices for new exploration as well as ways to repair the historical damage in South Sudan.

Tender pre-qualification documents for conducting a Full Environmental Audit will be available during office hours at the Ministry of Petroleum’s headquarters in Juba, and from its website http://bit.ly/2NauFKA. The documentation will be available between 13 and 20 January 2020.

Distributed by APO Group on behalf of South Sudan Ministry of Petroleum. 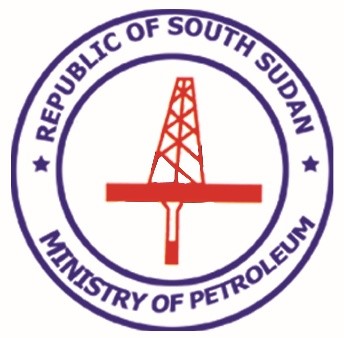