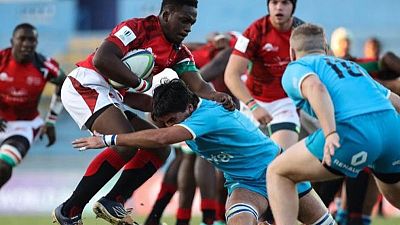 A 43 man Kenya national U20 squad has been selected by Head Coach Paul Odera ahead of this year's Africa U20 Championship, The Barthes Cup, whose dates and venue will be announced by Rugby Africa in due course.

The squad began training on Tuesday 7 January 2020. It was selected after a series of trials conducted by Odera and his technical team.

Speaking after the final trials in Nairobi on Sunday 5 January 2020, Odera said, “It is good to see that we have a lot of talent across the country and what is very exciting is that the boys are keen and ready to learn. Today’s goal is to see which of the players we saw during the regions can step up and fulfill the potential we saw.”

Chipu, as the Kenya national U20 squad is referred to, are the reigning Barthes Cup champions after defeating Namibia 21-18 in the final in Nairobi in April last year. This victory earned them the right to represent Africa at the World Rugby Junior Trophy in Brazil where they finished sixth overall.