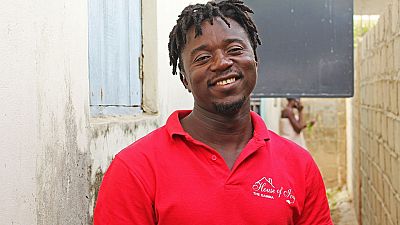 The Gambia is a small coastal West African country of just over two million people. Between 2014 and 2017, over 35,000 of its citizens arrived, “irregularly” on European shores, according to Frontex, the EU border agency, with even more whose journeys stopped in Libya or the Mediterranean Sea.

And yet, over the past three years, a rather sizeable proportion of these “irregulars” have also returned home. As the year 2019 ended, the International Organization for Migration (IOM) reached a milestone of assisting over 5,000 stranded Gambian migrants – more than three times the organization’s initial target set in 2017.

The milestone caps three years of work to facilitate the Voluntary Humanitarian Return of 2,992 Gambians from Libya, another 1,392 from Niger and 618 more stranded along key migration routes in Africa and in Europe. The mechanism has been IOM’s Assisted Voluntary Return and Reintegration (AVRR) program, which remains a vital protection measure for vulnerable migrants who wish to return to their homeland but lack the means to do so.

“Facilitating over three times the number of voluntary returns we expected in 2017 is a significant moment for us and all our partners. Our next goal is to bridge the gap between the number of Gambians we’ve assisted to return, and those we’ve assisted with reintegration,” expressed Fumiko Nagano, IOM’s Chief of Mission in The Gambia. “We also hope to expand community-based projects, to ensure that communities benefit as well from the reintegration of its members.”

Of some 5,002 Gambians who returned home with IOM’s support, two-thirds have received some form of reintegration assistance.

The reintegration assistance offered aims to address economic, social and psychosocial needs. As such, returned migrants may receive support to set up or strengthen a small business, support to pursue education or vocational training, support for job insertion or referrals to other services, or other forms of support such as housing or psychosocial counseling.

After receiving food, essential supplies, medical and psychosocial support, returned migrants take part in counseling sessions aimed at tailoring reintegration assistance to their specific needs, interests and skills based on the available opportunities in the country.

Fatou is one of those who have benefited from such support, after she returned via charter from Libya last April. “My husband and I desperately wanted to return home permanently, but there was no way out of Libya,” Fatou recalled. “Through our reintegration assistance, we bought [sewing] machines and opened a tailoring shop.”

Added Paul, another returnee, “I travelled through Senegal, Mali, Burkina Faso and Niger. Along the way, I encountered all sorts of challenges. In April 2017, I came back to The Gambia with IOM’s support. I trained and right after I got a job in one of The Gambia’s largest ICT companies.”

A majority (90 per cent) of the voluntary returns were supported through the EU-IOM Joint Initiative for Migrant Protection and Reintegration. Launched in July 2017 with funding from the EU Emergency Trust Fund for Africa, The Gambia’s initial target of 1,500 was reached after only three months of the programme’s activities. The remaining voluntary returns were supported through bilateral return and reintegration programs, primarily through Germany, Switzerland and Austria.

“The new Gambia’s most important resource is its people, especially its youth. The European Union, working in close partnership with the Government of The Gambia and the IOM, helps stranded returnees to not just survive, but to build a future and thrive in The Gambia,” said Attila Lajos, Ambassador of the European Union.

Find out more about returnees to The Gambia here

Download logo
“I travelled through Senegal, Mali, Burkina Faso and Niger. Along the way, I encountered all sorts of challenges. In April 2017, I came back to The Gambia with IOM’s support. I trained and right after I got a job in one of The Gambia’s largest IT companies.” Photo: IOM/ Miko Alazas