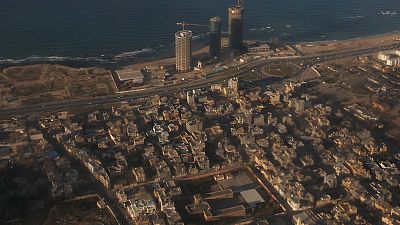 Saturday’s bombing reportedly took place as cadets were gathering on a parade ground at the Hadaba academy in a southern district of the capital.

The forces of the self-styled Libyan National Army (LNA) have been laying siege to Tripoli since April, under the leadership of commander Khalifa Haftar, who is aligned with a rival administration in Tobruk, opposing the UN-backed Government of National Accord (GNA) and allied forces, based in the capital.

Following an uptick in aerial attacks and shelling in recent weeks, which have killed at least 11 civilians since early December, the Secretary-General António Guterres released a statement on Friday, renewing his call for an immediate ceasefire in Libya and a return to political dialogue.

Responding to Saturday’s attack, where the majority of victims were reportedly cadets from cities across the country, UNSMIL stressed in a statement in Arabic on Twitter, that the escalation in military action “in this dangerous manner further complicates the situation in Libya and threatens opportunities to return to the political process.”

According to news reports, forces allied with the GNA described the attack as an aerial strike, launched by the LNA, but a spokesperson for the eastern-based militia denied any involvement.

Offering its sincere condolences to the families of the victims and wishing a speedy recovery to the injured, UNSMIL added that the continuing indiscriminate shelling of civilians and civilian buildings such as hospitals, “may rise to the level of war crimes, and the perpetrators will not go unpunished no matter how long it may take.”

In a statement on Friday, the deputy head of the Mission, Yacoub El Hillo, condemned the intensified airstrikes, saying he was “horrified by these senseless, indiscriminate attacks on civilian areas and civilian infrastructure that continue to take innocent lives.”

He said 12 health facilities had been forced to close in the main areas of “active clashes” on the capital’s outskirts, with another four facing imminent shutdown. More than 210 schools are closed leaving 113,000 children out of school.

Basic services must be provided to all civilians who are in desperate need and whose lives are at risk, added the UNSMIL deputy chief: “Unimpeded, safe and unhindered humanitarian access to civilians must be guaranteed, to allow concerned authorities, United Nations and humanitarian partners provide life-saving work…I call on all parties to the conflict to protect civilians and comply with the provisions spelt out in the Geneva Conventions – which must be fully respected and implemented in this conflict”.

Concern is also rising over the prospect of further foreign intervention, with the rival administration in the east reportedly receiving backing from several countries including the United Arab Emirates, Egypt, Jordan and Russia.

Last Thursday, the Turkish parliament approved a bill to unilaterally send troops in support of the Tripoli-based Government.

In his statement on Friday, the UN chief warned that “any foreign support to the warring parties will only deepen the ongoing conflict and further complicate efforts to reach a peaceful and comprehensive political solution.”

Download logo
An aerial view of Tripoli, Libya from a UN aircraft