The Toyota Cheetahs and Isuzu Southern Kings got the New Year off to a stumbling start in the Guinness PRO14 on Saturday as they suffered disappointing defeats against Zebre in Parma and Edinburgh in Scotland respectively.

The Isuzu Southern Kings were reduced to 12 men at one stage against Edinburgh after receiving a red card in the opening minutes of the clash, but despite this, they managed to produce a competitive first half display. The numerical disadvantage, however, eventually cost them as they went down 61-13 at Murrayfield.

The Toyota Cheetahs, meanwhile, left their coach Hawies Fourie frustrated, as they looked rusty and out-of-sorts after the festive season break, slipping to a 41-13 defeat at the hands of Zebre.

In Edinburgh, the Isuzu Southern Kings scored first, but then disaster struck when prop Pieter Scholtz was red-carded after his elbow connected with the throat of a tackler while charging up-field on attack.

They were then reduced to 13 players in the second half when De-Jay Terblanche (prop) left the field due to a concussion, and later found themselves down to 12 men when Aston Fortuin (lock) received a yellow card for infringing in a maul close to the tryline.

Isuzu Southern Kings coach Robbie Kempson was pleased with his team’s effort, although he admitted the numerical disadvantage killed off any chance his side had.

“We did exceptionally well in the first 50 minutes with 14 men, but the wheels came off when we had uncontested scrums,” said Kempson. “Being down to 13 and then to 12 against one of the best sides in the competition, you are always going to be on the back-end of a hiding.”

The coach, however, was positive about the strides his side had taken after a month off.

“In the first half, in particular, when we were down to 14, we managed to keep Edinburgh very close,” he said. “We had one opportunity in the second half to score a try and unfortunately we didn’t take that. If we had taken that it would have brought things a little closer for the players.

“But we have come on in leaps and bounds from where we were.

“This game was an anomaly; you are never going to beat any side with 12 men on the park at any stage. The way this team has grown in the past six months has been impressive. The coaches we have brought in have made a difference and there is certainly a belief that we can take another step forward despite the unfortunate result.”

In Italy Fourie felt his side were below par, and he warned that they needed to find their form to remain in contention for a possible playoff spot.

The defeat against Zebre saw the Free Staters slip to fourth place in their conference – three points behind the Glasgow Warriors, although Fourie’s charges have two games in hand.

“We are very disappointed about the performance,” said Fourie. “It wasn’t good in any way and there isn’t one aspect of the game in which I feel we were on par.

“We made a lot of mistakes on attack, defended poorly and gave away a lot of momentum at key times. We lost a few lineouts as well, so it was a very frustrating evening for all of us.”

He added: “We will have to get ourselves right quickly in Bloemfontein as we have two important games against the Isuzu Southern Kings that we need to win. We will need to play some proper rugby again to be ready for the challenges that lie ahead.

“We will take it on the chin, but it isn’t a nice feeling. We are very disappointed in ourselves.” 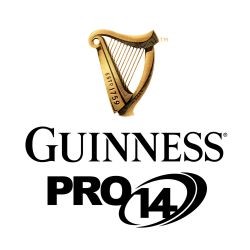